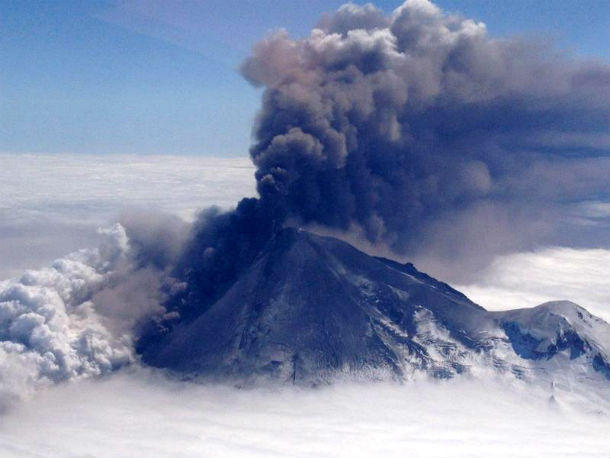 Alaska Volcano Observatory (AVO) reports that seismic tremor, intense elevated surface temperatures, and ash, gas and steam emissions continue at Pavlof volcano. A low-level plume of steam, ash, and gas, occasionally reaching up to 20,000 ft (6 km) above sea level, is extending primarily NNE from the volcano over Bristol Bay. The plume has been obscured in satellite views due to cloudy conditions since May 19, 2013.

On May 20, 2013 a pilot reported continued ash and gas emission and a plume extending approximately 50 miles (80 km) NE from Pavlof. Trace amounts of ash were reported to have fallen with rain on the community of Nelson Lagoon, 48 miles (78 km) NNE of Pavlof.

AVO says that since May 19, 2013 plume has been obscured in satellite views due to cloudy conditions, Pilot reports from the afternoon of May 19, 2013 also indicated that ash emission continued and ash clouds were rising to 4.5 to 7 km above sea level. Trace amounts of ash were reported to have fallen on the community of Nelson Lagoon, 78 km NNE of Pavlof during the late evening of May 19, 2013 and continuing on the morning of May 20, 2013. Rainfall in Nelson Lagoon from May 20, 2013 is likely contributing to ash fall out. 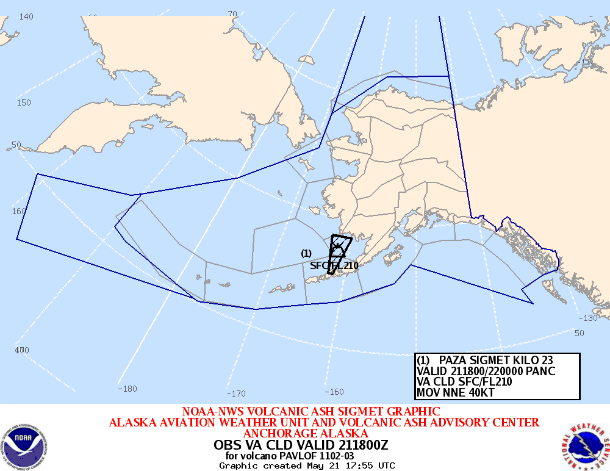 According to AVO seismic activity remains elevated with nearly continuous volcanic tremor being recorded on the local seismic network. Although the activity to date has been characterized by relatively low-energy lava fountaining and ash emission, more energetic explosions could occur without warning that could place ash clouds above 6km. 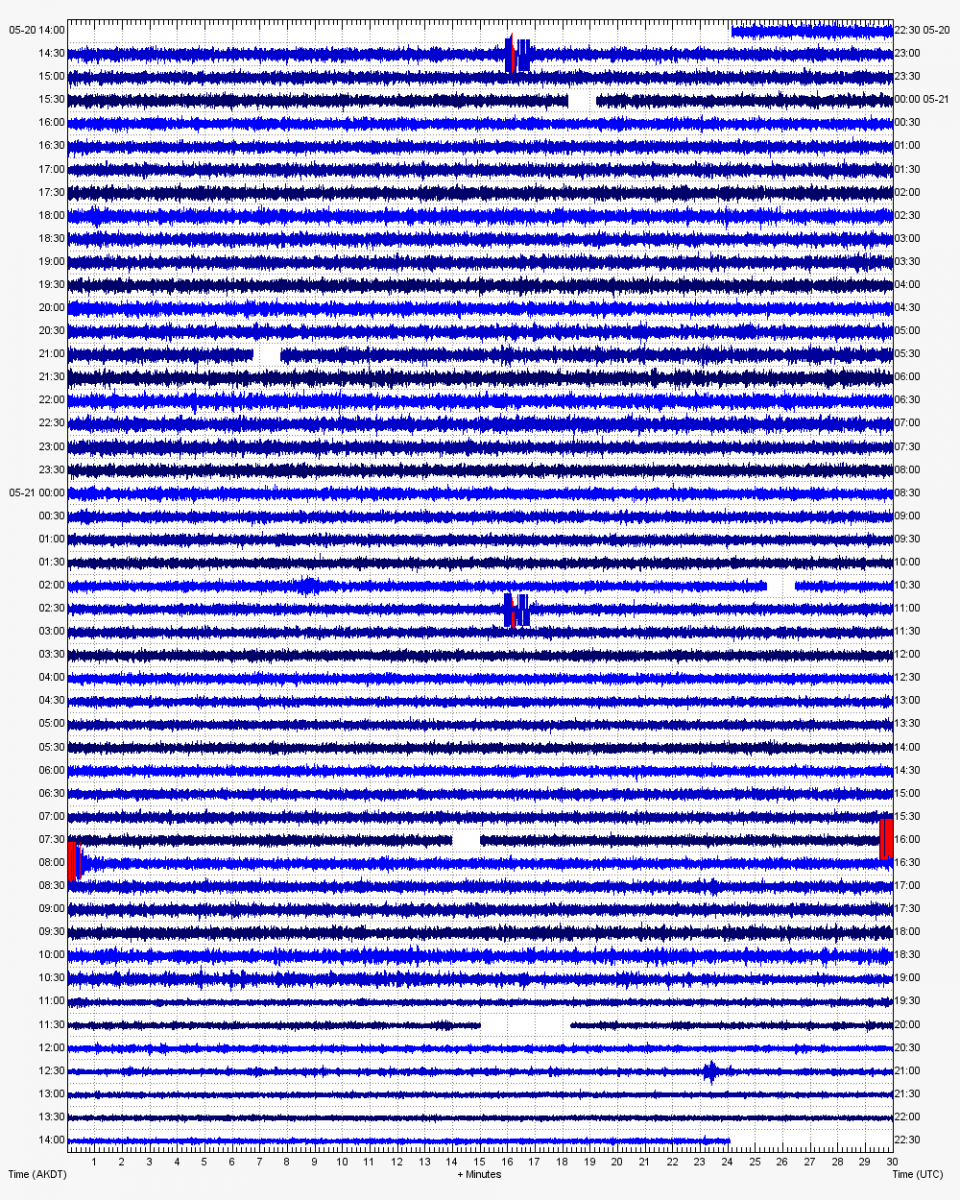 Depending on wind direction, trace to minor amounts of ash may fall on nearby communities, including Sand Point, Nelson Lagoon, King Cove and Cold Bay. AVO raised Volcano Alert Level from Advisory to Watch and Aviation Color Code from Yellow to Orange on May 13, 2013.