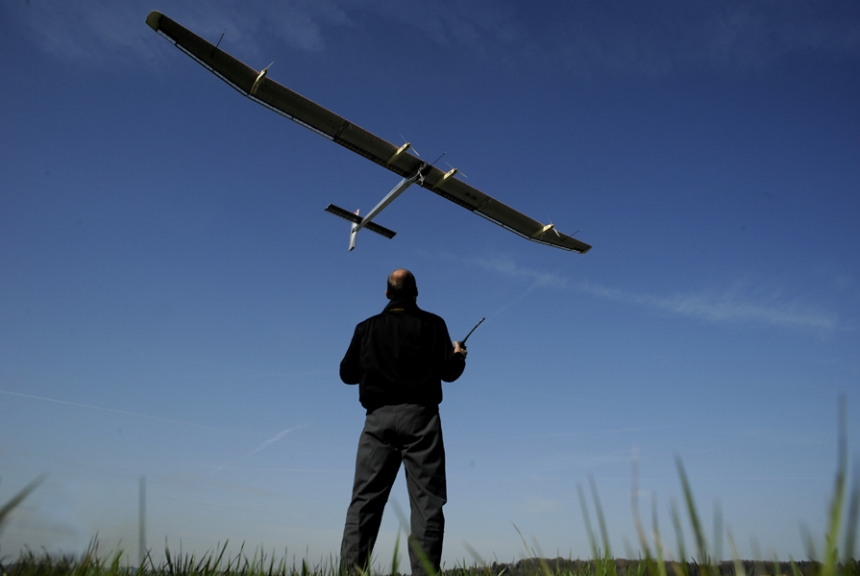 Swiss team Solar Impulse has announced on March 29, 2013 that they will fly from US west coast to the east coast in May ‘2013 using their solar-powered airplane HB-SIA. It will be a public awareness trip from California to New York ending early July. By 2015, the team plans to circumnavigate the world in a piloted fixed-wing airplane using solely solar energy.

Starting from California, the journey will have 4 stops at Phoenix (PHX), Dallas (DFW), Atlanta (ATL) or St. Louis (STL), Washington Dulles (IAD) and at last their destination will be New York’s JFK International airport. Third stop is yet to be decided between Atlanta and St. Louis. Exact dates of the flights are unknown yet as every leg depends on local meteorological conditions. The team plans to stay for a week or longer at each stop to address students. 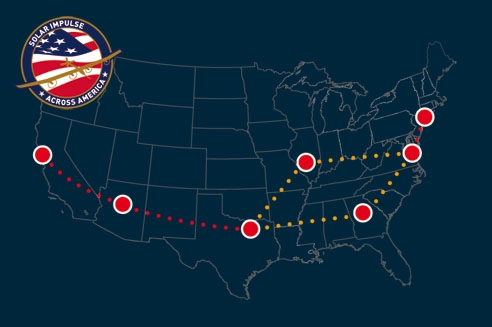 Next month, Solar Impulse‘s pilots Bertrand Piccard and Andre Borschberg will conduct test flights before beginning their endeavor in May. The prototype airplane HB-SIA first flew non-stop for 26 hours in July 2010 proving its mettle in round-the-clock flight using only solar energy. The prototype also completed a cross-continental flight from Europe to Africa in 2012. The airplane has a wingspan of Boeing 747 and weighs only about a family car.

Using carbon fiber structure, propulsion chain, flight instrumentation, the plane is designed to save energy, to resist the hostile conditions facing airplane and pilot at high altitudes and to marry weight restraints with the required strength. With further advances in materials science, battery technology, electric motors and production processes, they are developing their next airplane HB-SIB.

Once deemed impossible, Solar Impulse has proved that long-duration solar aviation is indeed possible. The project was launched in 2003 by Swiss psychiatrist and aeronaut Bertrand Piccard and Swiss businessman André Borschberg. Next frontier of solar aviation is going to be the ’round the world trip’ envisioned by the same team. Today, rising fuel costs and ecological concerns make such clean and cost-effective technology essential for sustainability.