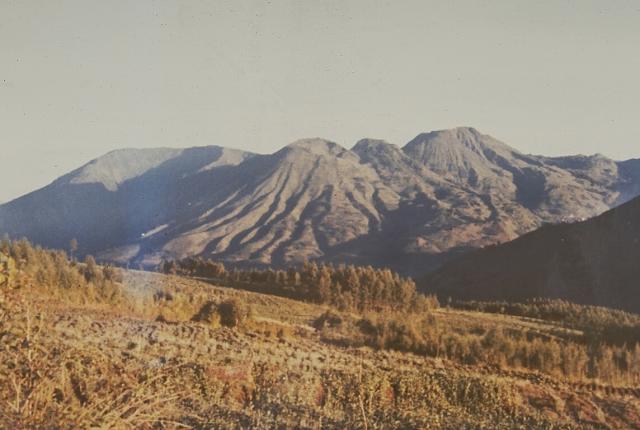 Given the high and hazardous CO2 concentration levels, the public is advised not to approach the Timbang crater within one kilometer to avoid the risk of suffocation. Volcanological Survey of Indonesia (VSI) raised the alert level to Siaga, third highest out of four levels.

The Dieng Plateau in the highlands of central Java is renowned both for the variety of its volcanic scenery and as a sacred area housing Java's oldest Hindu temples, dating back to the 9th century AD. It consists of two or more stratovolcanoes and more than 20 small craters and cones of Pleistocene-to-Holocene age over a 6 x 14 km area.

Prahu stratovolcano was truncated by a large Pleistocene caldera, which was subsequently filled by a series of dissected to youthful cones, lava domes, and craters, many containing lakes. Lava flows cover much of the plateau, but have not occurred in historical time, when activity has been restricted to minor phreatic eruptions. Toxic volcanic gas emission has caused fatalities and is a hazard at several craters. The abundant thermal features that dot the plateau and high heat flow make Dieng a major geothermal prospect.