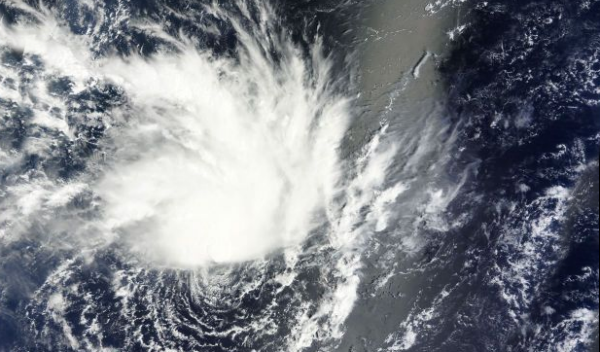 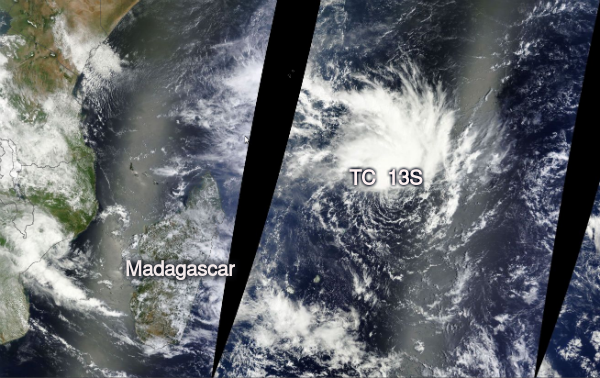 TC 13s is forecast to track westward under the steering influence of the deep subtropical ridge through the next three days, but will then turn poleward along the western periphery of subtropical ridge, which is forecast to re-orient as a deep midlatitude trough propagates toward Madagascar. TC 13s is expected to intensify slowly through the next 48 hours due to the marginal conditions but should intensify at a faster rate after that period as vertical wind shear decreases and poleward outflow increases into the midlatitude westerlies. 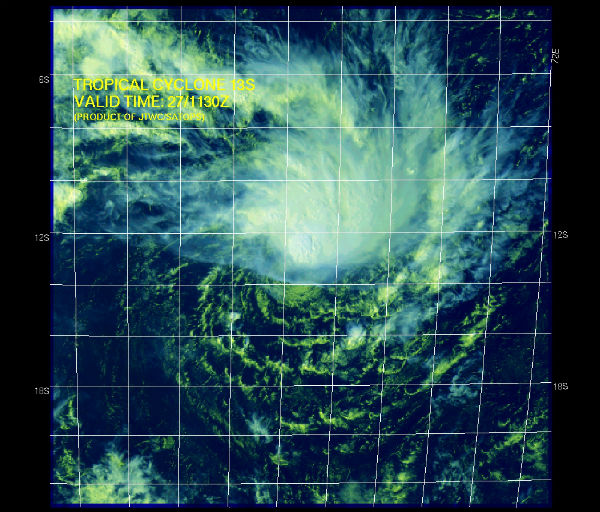 Meanwhile, the area of convection previously located near 19.8S 41.3E, is now located near 19.5S 40.1E,  approximately 390 nm west of Antananarivo, Madagascar. The system is actually situated by the coast of Mozambique, which can be seen through the convection in the full image due to the use of the Chelys Satellite Rapid Response System (SRRS) “borders” feature. 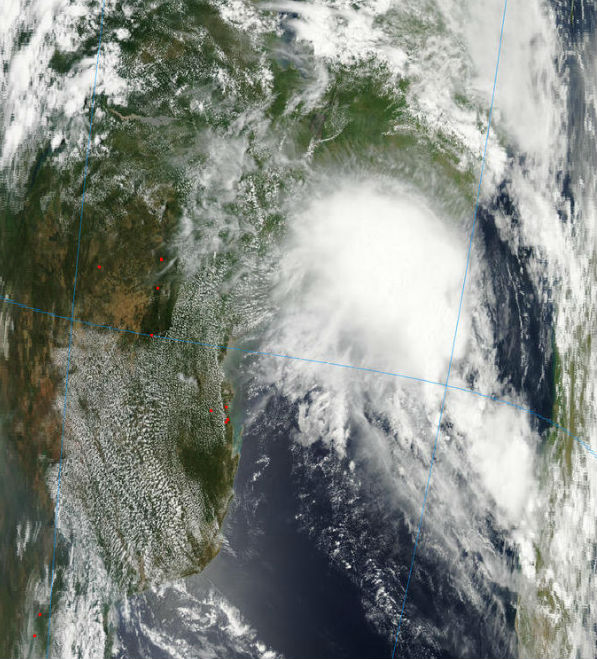 The area of convection off Madagascar coast seen by Aqua/MODIS satellite at 01:20 UTC on January 26, 2013 (Credit: LANCE/MODIS)

The system is located west of an anticyclone and is under diffluent, easterly flow. However, poleward and equatorward outflow remain limited. Maximum sustained surface winds are estimated at 20 to 25 knots. Minimum sea level pressure is estimated to be near 1005 mb. The potential for the development of a significant tropical cyclone within the next 24 hours remains low. 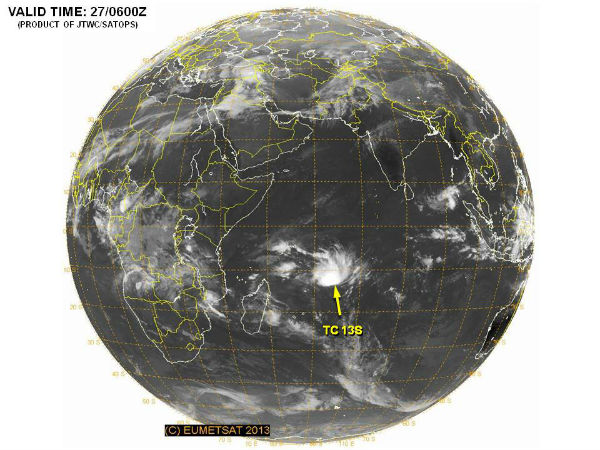