It is apparently still a 'small' eruption, but the Alert Level for the volcano has been raised from green to orange. (VolcanoDiscovery) 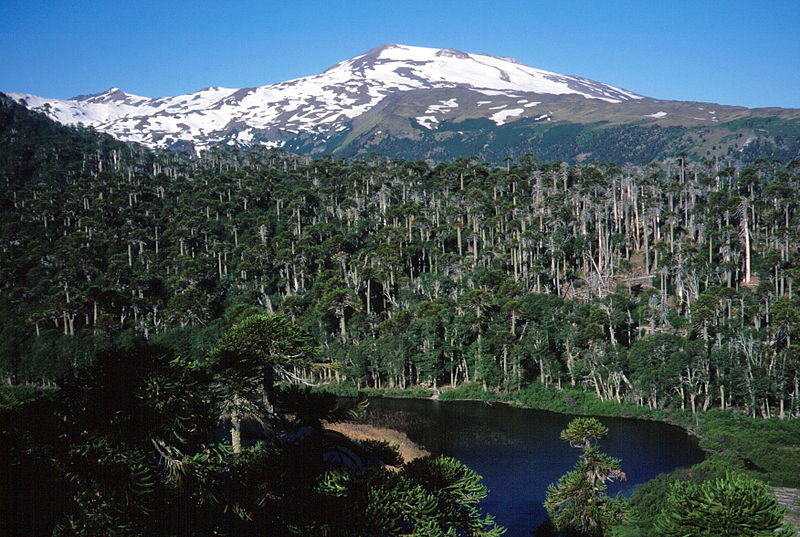 Acidic hot springs occur below the eastern outlet of the crater lake, contributing to the acidity of the Río Agrio, and another geothermal zone is located within Caviahue caldera about 7 km NE of the summit. Infrequent mild-to-moderate explosive eruptions have been recorded at Copahue since the 18th century. Twentieth-century eruptions from the crater lake have ejected pyroclastic rocks and chilled liquid sulfur fragments. (GVP)

The volcano's last confirmed eruption was in 2000, although one report stated eruptions in 2001 as well.