Volcanic ash is reportedly spurting out of Mount Rokatenda, in Sikka regency, Indonesia due to increased volcanic activity since October 1, 2012. Based on analysis of satellite imagery and other data, the Darwin VAAC reported that during 11-13 November ash plumes from Paluweh rose to an altitude of 2.4 km (8,000 ft) and drifted 90-150 km NW and W. People living around the volcano have been evacuated and shelters are provided at Hewuli village. Jakarta post reports that there have been cases of various illnesses, such as respiratory, eye and skin irritation.

Also known as Paluweh, Rokatenda is a stratovolcano mountain located on the small island of Palu'e Island, north of Flores Island in Sikka Regency in the province of East Nusa Tenggara, Indonesia. The biggest eruption occurred on 4 August - 25 September 1928, when a strong explosive eruption was accompanied by landslide-induced tsunamis and lava dome emplacement. 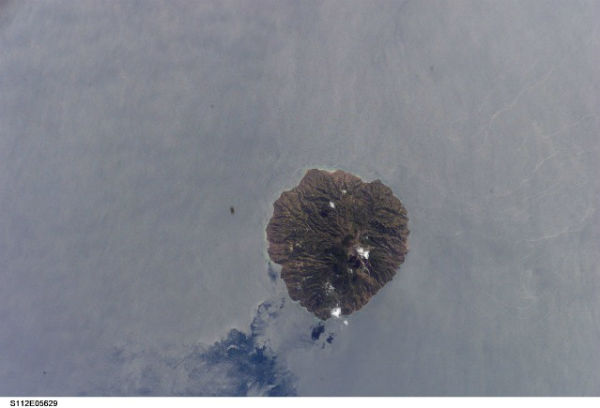 Featured Image: Global volcanism program - An unvegetated lava dome is visible at the summit of Paluweh volcano, also known as Rokatenda. The complex stratovolcano forms an 8-km-wide island located north of the volcanic arc that cuts across Flores Island. Photo by Volcanological Survey of Indonesia.