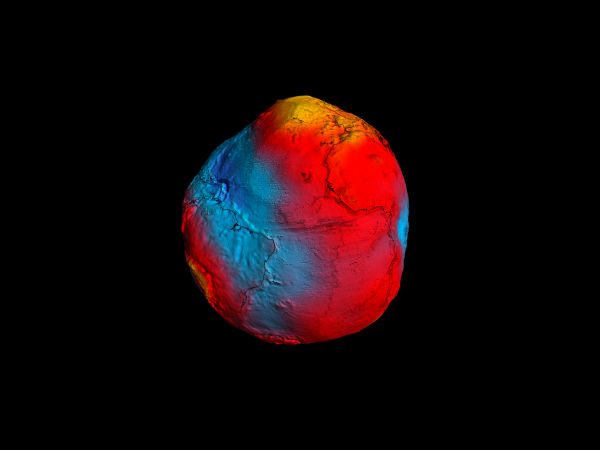 “The Gravity field and steady-state Ocean Circulation Explorer” or GOCE, has been orbiting Earth since March 2009, with objective to map our planet’s gravity. In order to improve the quality of the gravity model, maximise its sensitivity to variations in Earth’s gravity field increase the accuracy and resolution of its measurements and obtain more accurate gravity map of Earth, ESA’s GOCE satellite  started to lowering its orbit in August for 300 meters per day. By now it lowered down its orbit by 8.6 km, and it is expected to reach 235 km by February. 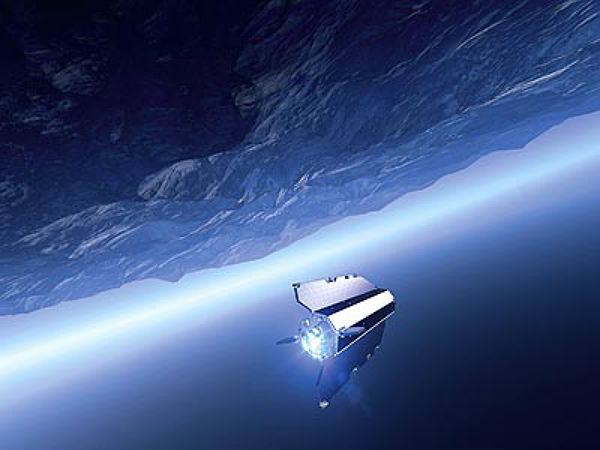 GOCE orbit is so low that it experiences drag from the outer edges of Earth’s atmosphere. The satellite’s streamline structure and use of electric propulsion system counteract atmospheric drag to ensure that the data are of true gravity. (Credit: ESA/Artist ‘s impression)

GOCE was flying in an extraordinarily low orbit (255 km high), about 500 km lower than most Earth observation satellites, to measure the strength of Earth’s gravity. As the orbit drops, atmospheric drag increasingly pulls the satellite towards Earth. However, GOCE’s ion engines are designed to fly low and compensate any possible drag.

GOCE’s gradiometer is mapping Earth’s geoid to an unprecedented level of accuracy, opening a window into Earth’s interior structure as well as the currents circulating within the depths of its oceans. By lowering the orbit it should improve our view of smaller ocean dynamics such as eddy currents. 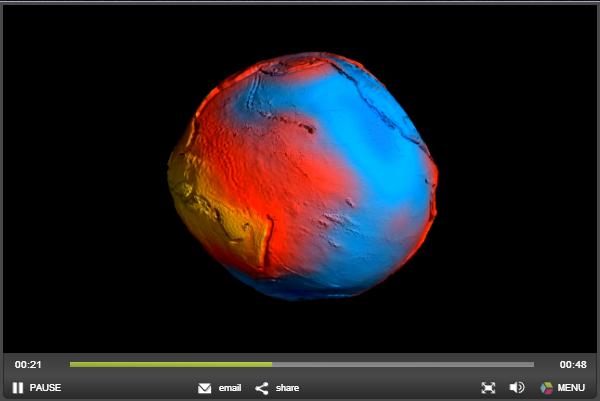 Click on image to start the animation of old GOCE’s geoid (Credit: AAAS/ESA)

The first ‘geoid’ based on GOCE’s gravity measurements was unveiled in June 2010. It is the surface of an ideal global ocean in the absence of tides and currents, shaped only by gravity. A geoid is a crucial reference for conducting precise measurements of ocean circulation, sea-level change and ice dynamics.

The geoid is also used as a reference surface from which to map the topographical features on the planet. A better understanding of variations in the gravity field will lead to a deeper understanding of Earth’s interior, such as the physics and dynamics associated with volcanic activity and earthquakes.

GOCE mission has been providing new insight into air density and space winds. Data collected by GOCE was recently used to produce the first high-resolution global  map of the boundary between Earth’s crust and mantle.