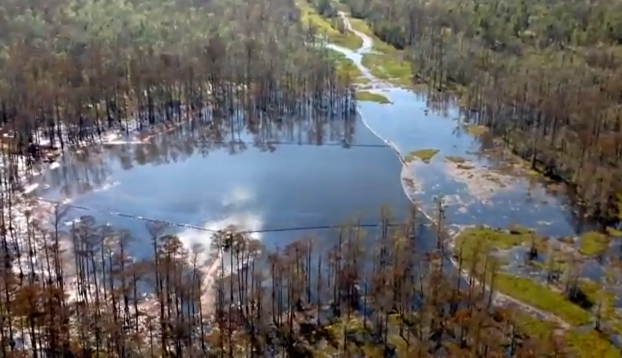 Disturbing new flyover videos of Louisiana sinkhole showed the amount of land collapsed has increased in size. Last measurements show that the surface of the sinkhole area was 5.5 acres, or equivalent of five football fields.  Based on John Boudreaux, director of Assumption Parish Department of Homeland Security and Emergency Preparedness stated that  the surface is now closer to the size of six football fields according to the Examiner. The sinkhole occurred early on August 3 in swampland between Bayou Corne and Grand Bayou.

On October 30, a large slough in occurred at the sinkhole site . The size was estimated to be a 20 feet by 80 feet section located on the east side of the sinkhole according to Assumption Parish Police Jury.

According to  Boudreaux, based on a pre-collapse, ground-based photograph of the site and Google Earth-based mapping software used for aerial photographs of the site before and after the Tuesday’s collapse, the area of sinkhole increased to roughly 300 feet along the eastern bank and 100 feet inland, within 10 feet for irregularly shaped collapse zone. However, responsible Texas Brine, disputed this figure, giving new values of 50 to 75 linear feet of the sinkhole bank by 15 to 20 feet inland, an area possibly as small as 750 square feet. On August 3, the size of the sinkhole was said to be approximately the size of two football fields. 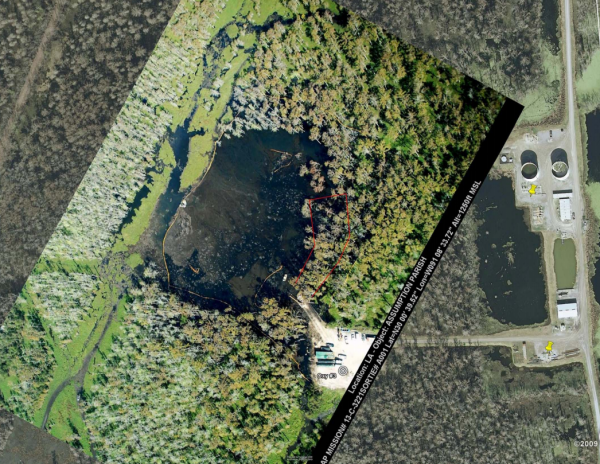 After shutting all pipelines, Department of Natural Resources determined that pipelines are not cause of bubbles. Staff has reviewed 23 hydrocarbon storage and 36 brine cavern wells  and associated cavern files which represents 100% of the cavern wells  on the dome bubbles.  Hydrocarbons and dissolved natural gas were confirmed in water at slurry site. Results show slightly elevated chlorides at surface samples, deep samples also shows  elevated salinity as well as indicators of natural gas. Results indicate petroleum hydrocarbons dominated by diesel range organics, same as samples collected on August 4. Shaw E&I has confirmed the hydrocarbon material to be unprocessed crude oil.

As of 30 October, Texas Brine has removed 102 roll off boxes hydrocarbon contaminated debris and approximately 935 barrels of hydrocarbons from the surface of the sinkhole.

Section for Environmental Epidemiology and Toxicology (SEET) has received and is analyzing community ambient air sampled from August 28,2012 until October 30, 2012 (MultiRAE). SEET  will issue a letter to the parish in reference to these  findings once the review of the data has been completed. 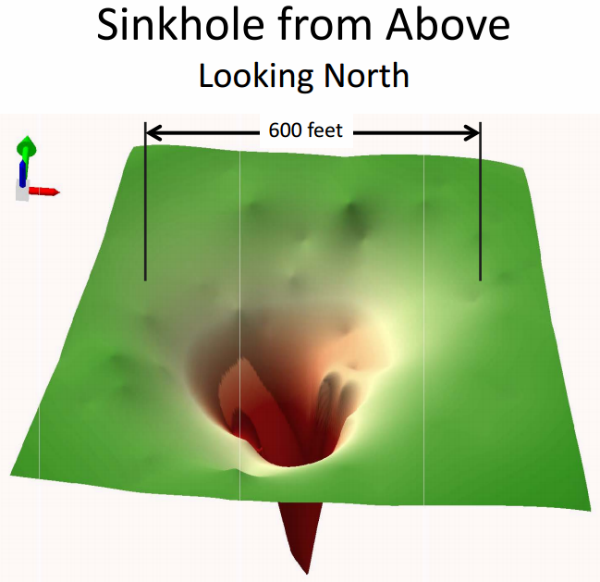 USGS monitor seismic activity at the six seismograph locations. According to USGS, an average of one tremor a day is occurring, in the direction northwest of the sinkhole.

In response to Texas Brine’s assertion that region seismic activity caused their cavern to be compromised, USGS stated on October 25 Sept. 2012 that it is their belief that the seismicity is a consequence of the collapse of the cavern, and not the cause of the collapse of the cavern and the formation of the sinkhole. Dr. Horton of the USGS stated the science behind the recent events does not suggest a heightened level of risk at this time.

Dr. Gary Hecox with Shaw Environmental and Infrastructure evaluated the readings from the USGS monitoring equipment, following recent reports of seismic activity on the western side of the Napoleonville Salt Dome. The Center for  Earthquake Research and Information (CERI) registered a short duration, pronounced seismic event at a depth of approximately 500 meters (1,600 feet). After reviewing data from the cavern pressure monitoring system and sinkhole bubble activity. Shaw pointed that this event did not have any discernible effect on cavern pressure or sinkhole bubble activity at the time. However, many suspect extra drilling into the salt dome produced earthquake swarm in the same area, six days before new collapse.