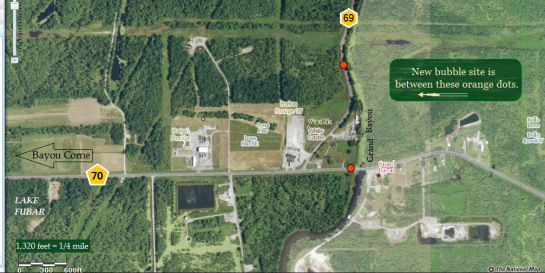 According to the Assumption Parish Police Jury, new bubbling site was discovered yesterday near the massive sinkhole in south Louisiana (Grand Bayou / Louisiana sinkhole). Officials said the new bubbling site is about 400 m (1/4 mile) north of the Gator Corner.

Texas Brine officials said they are working with the Louisiana Department of Natural Resources to investigate the cause of the bubbles and develop a path moving forward.

The following video of the new bubbling site was published on February 24th: 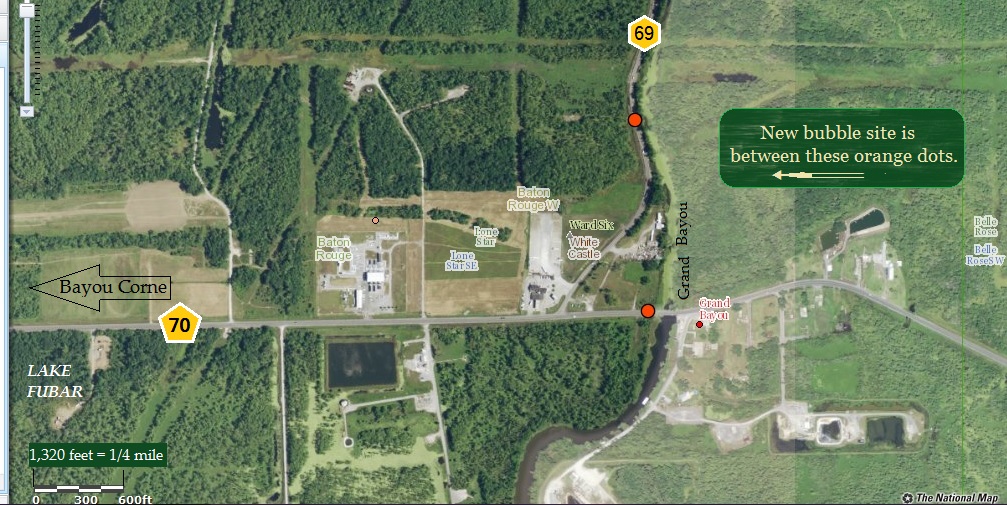 The Bayou Corne sinkhole, also known as Louisiana sinkhole, was discovered in August 2012 when Napoleonville salt dome, a naturally-occurring underground salt deposit, suddenly collapsed after months of unexplained seismic activity and mysterious bubbling at the bayou. The sinkhole grew from 1 to 25 acres in just 12 months and the scariest part of it is that the collapse unlocked tens of millions of cubic feet of explosive gases, which have seeped into the aquifer and wafted up to the community (40 million cubic feet = 1.13 million cubic meters).

Texas Brine, the operator of the salt dome, specializes in a process known as injection mining and had been drilling around the dome in order to extract brine, which is used for refining oil. When they mined the salt dome too close to the edge of the dome, say officials, the side wall collapsed and 350 nearby residents were immediately advised to evacuate.