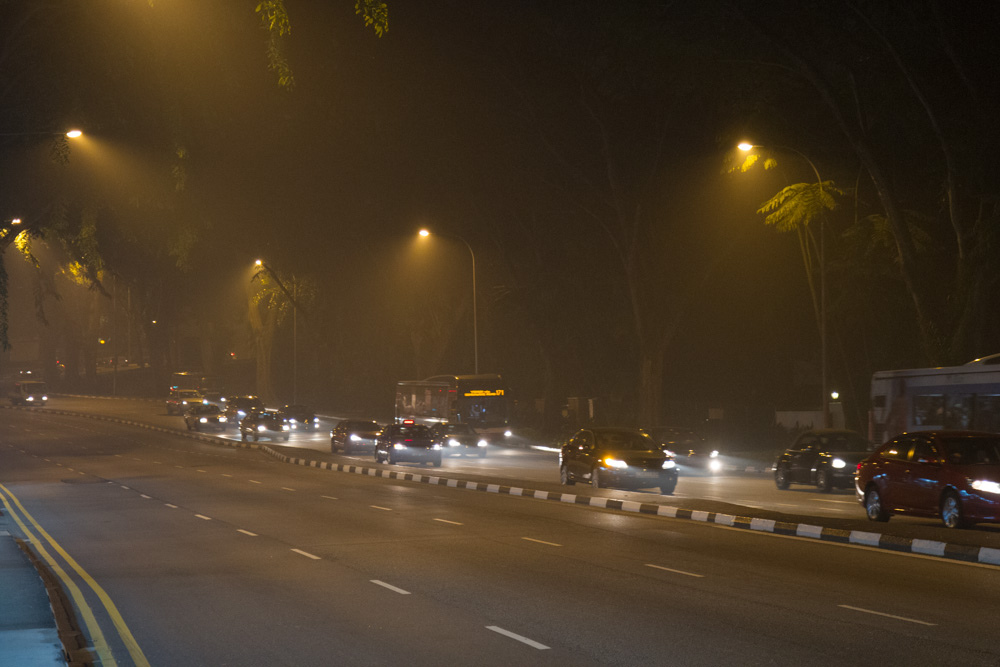 Singapore suffered its longest dry spell on record in period between January 13 and February 8. Dry weather conditions continue to prevail in Singapore during the dry phase of the Northeast Monsoon season.

The current dry weather conditions have led to a number of vegetation fires in Singapore over the past weeks. These fires could possibly have contributed to the burning smell detected in some areas. Current hotspot activities in Sumatra are thus expected to persist, but the prevailing northeasterly winds will help keep any transboundary haze away from Singapore. The accumulation of particulate matter under stable atmospheric conditions can cause some slight haze in the morning hours.

The Indonesian province of Riau has also been hit, with part of the region wreathed in smog. The airport in Pekanbaru was closed due the poor visibility. This smog is usually caused by agricultural fires in order to illegaly clear land.

An extended period of dry weather across Malaysia and southern Thailand has led to water shortages, agricultural problems and the threat for wildfires. According to the Malaysian Meteorological Department, 15 areas in state have not had rainfall in more than 20 days, with some of them dry for more than a month. As of February 24, Malaysia has experienced dry conditions with anomalies more than 60% below the average. 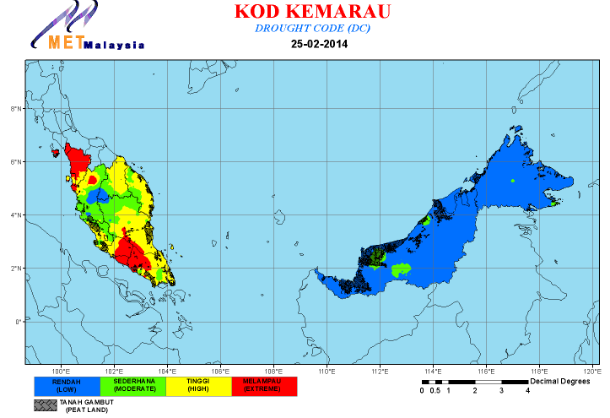 Malaysia to use cloud seeding operations?