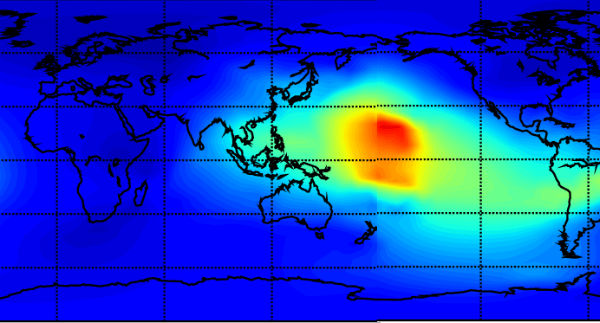 A weak CME shock was observed in the solar wind by the ACE and SOHO/CELIAS instruments on October 31st afternoon around 14:45 UTC. The solar wind speed jumped up from 280 km/s up to 370 km/s and also the solar wind density increased. Initial solar wind velocity had declined to about 310 km/s by the end of the day. Current solar wind speed at this time is 304.8 km/sec with density of 0.6 protons/cm3. The origin of the event is possible related to a weak eruption and CME of last Saturday afternoon (October 27).

On the longer timescale we can expect the influence of the coronal hole by November 3. A minor solar wind stream flowing from the coronal hole at central meridian should reach Earth on November 3-4, pushing geomagnetic activity again upward.

NOAA forecasters estimate a 30% to 60% chance of continued geomagnetic activity around the poles during the next 24 hours as reverberations from the CME impact wane.

The largest solar flare on November 1 was a B7 at 15:05 UTC from Region 1598. New Region 1603 emerged on the disk and is a small, simple bipolar region. All the other regions on the disk were small and void of activity.

The geomagnetic field ranged from quiet to active levels during the past 24 hours, with some isolated storm periods at high latitudes, reaching Kp=4 on planetary K index chart, just below the G1 Minor Geomagnetic Storm threshold. Solar wind observations from the ACE spacecraft showed continued driving from a coronal mass ejection; the interplanetary magnetic field Bz component turned southward at about 03:46 UTC and attained sustained maximum levels of about -12 nT for several hours. By the end of the period Bz had weakened to values around -5 nT.

The geomagnetic field is expected to be generally unsettled through November 2  as the current disturbance subsides. Quiet levels are expected to prevail for the second and third days. 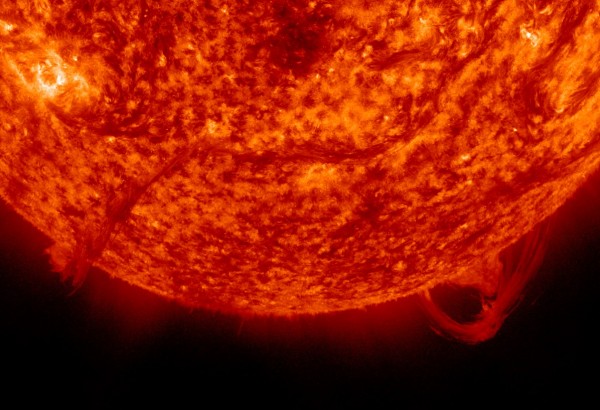 An eruption took place on Thursday off the western limb. This lead to a bright Coronal Mass Ejection that was directed to the west and not towards Earth.

Long filament channel and prominence were observed by SDO.