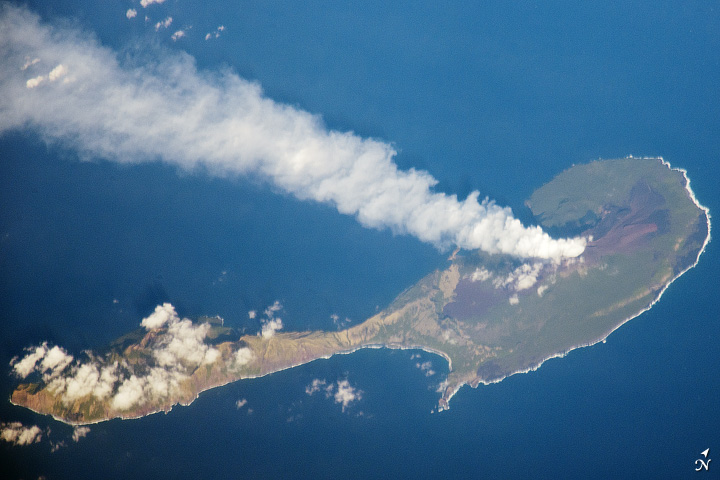 A plume of steam poured from the restless Pagan volcano in early September 2012. A gray plume of volcanic steam and gas rises from the Pagan volcano and streams northward over the Pacific Ocean was observed by MODIS satellite on September 2. 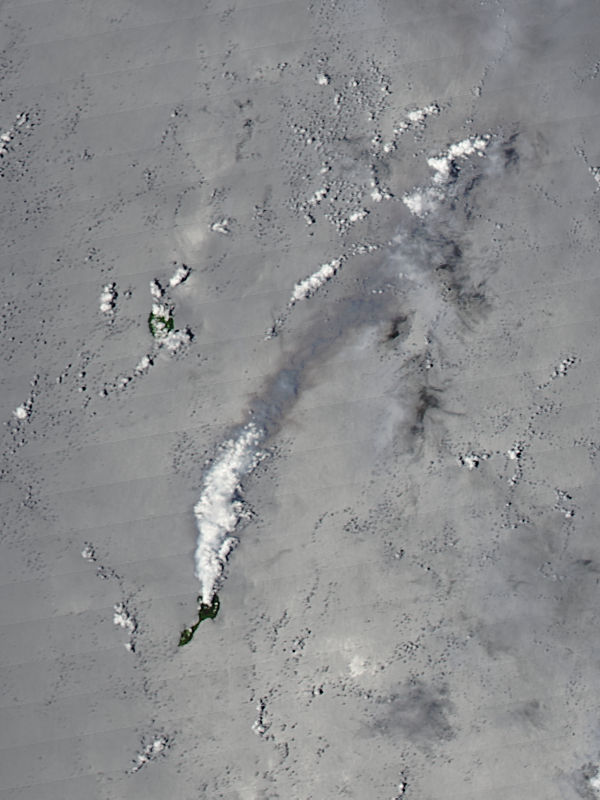 According the United States Geological Survey (USGS), steam and gas plumes, at times extending more than 100 miles downwind, were present throughout the past week. As of September 12, however, the USGS received no further reports of unrest or activity at Pagan volcano. The volcano is not monitored with ground-based instruments, so activity is monitored only by satellite observations and reports from observers who may pass by or visit the island. 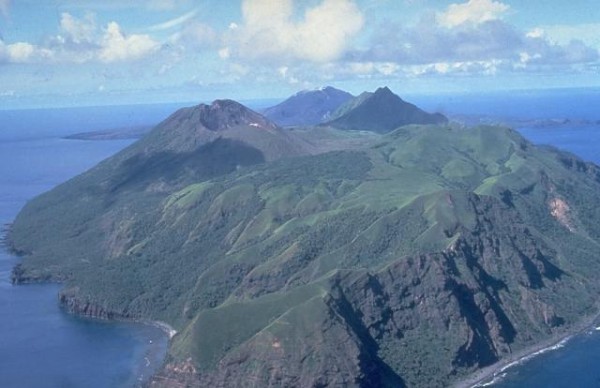 Pagan Island, the largest and one of the most active of the Mariana Islands volcanoes, consists of two stratovolcanoes connected by a narrow isthmus. Both North and South Pagan stratovolcanoes were constructed within calderas, 7 and 4 km in diameter, respectively. The 570-m-high Mount Pagan at the NE end of the island rises above the flat floor of the northern caldera, which may have formed less than 1000 years ago. South Pagan is a 548-m-high stratovolcano with an elongated summit containing four distinct craters. Almost all of the historical eruptions of Pagan, which date back to the 17th century, have originated from North Pagan volcano. The largest eruption of Pagan during historical time took place in 1981 and prompted the evacuation of the sparsely populated island. (Global Volcanism Program)