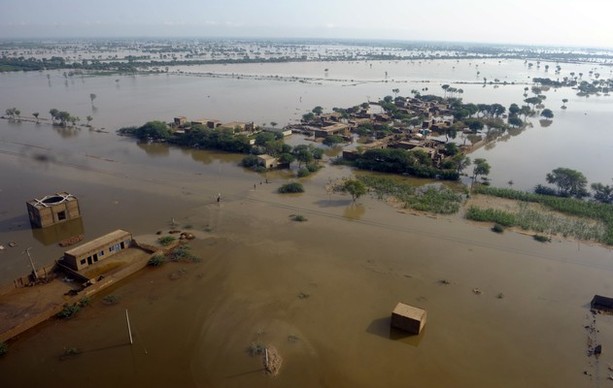 Pakistan has been hit with second season of devastating floods as fast-flowing water swept away hundreds of villages, bringing miseries to the locals in already poor living environments. Flash floods triggered by heavy rains caused widespread destruction across vast swathes of Pakistan, breaking a 24-year rainfall record and leaving over 100 people dead in upper Sindh, wreaking devastation in Punjab’s Dera Ghazi Khan and Rajanpur areas and leaving five districts of eastern Balochistan cut off from the rest of the country.

Hundreds of houses were washed away and thousands of families were rendered homeless due the torrential rains in Pakistan in September 2012. Heavy rainfall breached canals, inundated agricultural fields, villages, roads and railway tracks. Damage reports focused largely on Punjab, Balochistan, and Sindh Provinces. In Balochistan, several villages inundated due to heavy rainfall, forcing hundreds of residents to evacuate as a breach developed in Pit Feeder Canal in Naseerabad. More than 100 people were reported dead in Sindh Province alone, according to local media Dawn. 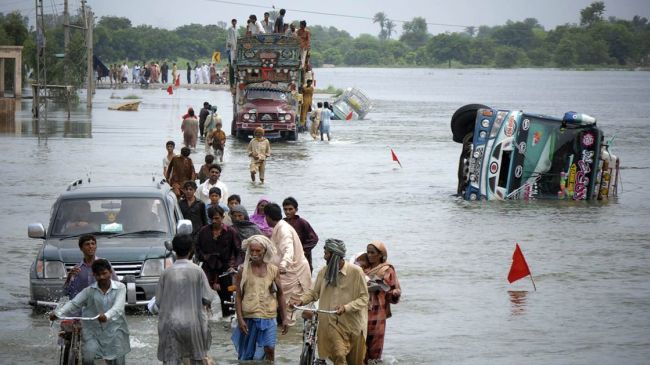 A huge torrent of floodwater ravaged its way through Chhatar and Lehri into Rabi area of district Naseerabad inundating over 500 villages. Over six villages have been inundated due to a 50-feet wide breach in Shahi Canal. Balochistan is cut- off from rest of the country as road network was already disrupted due to the heavy rains in northern and eastern Balochistan.

During the summer and fall of 2010, Pakistan experienced some of the worst flooding in living memory.

Featured image: A picture taken from a military helicopter shows the flooded region of Dera Murad Jamali, a city of the Jaffarabad District of Baluchistan on September 12, 2012.(Credit: BANARAS KHAN/AFP/GettyImages)