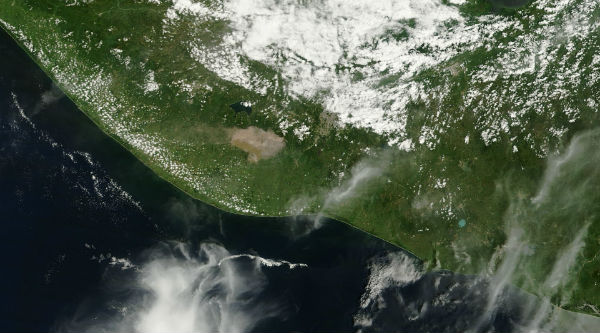 Guatemala’s Volcán de Fuego  erupted on the morning of September 13, 2012. According to the Coordinadora Nacional para la Reducción de Desastres ((CONRED), the eruption included ash emissions to the west, and a 500-meter (2,000-foot) long lava flow. CONRED also warned of pyroclastic flows that could descend the mountain in any direction. Ashfall is reported around villages Panimaché, Morelia and Hagia Sophia on the southwest side.

Lava flow is seen on the canyon Taniluya, 500 meters long with constant material detachment reaching vegetation. This phase of eruption, as in previous ones, generated pyroclastic flows in Canyon Las Lajas. 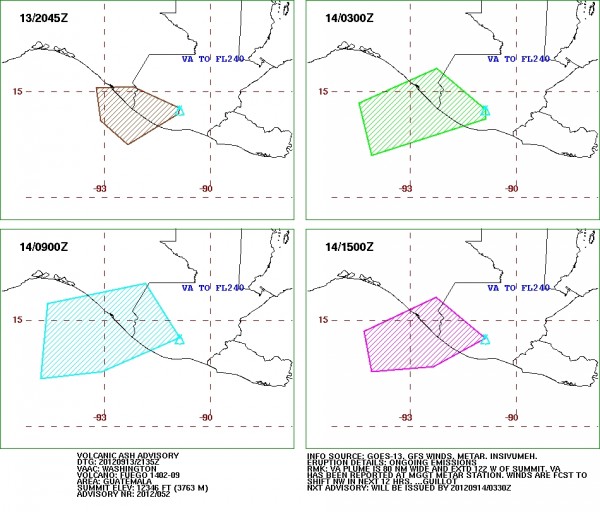 According to INSIVUMEH, Fuego in the process of activation and reactivation cycle that keeps erupting volcano has entered a new phase of eruption through  generation sustained by the time of 1,500 meters above the crater of color, which is dispersed west-southwest and northwest. Maintains lava flow generating constant avalanches 100-150 meters weak to moderate in the gullies directions; Taniluyá, Ash and Las Lajas. Fuego volcano increased its activity with moderate sounds locomotive type train consistently weak shock wave, which causes vibration on the roofs of homes in communities that sit near the volcano . The main cone can not be viewed entirely due to the presence of volcanic ash on the perimeter, has been detected since. 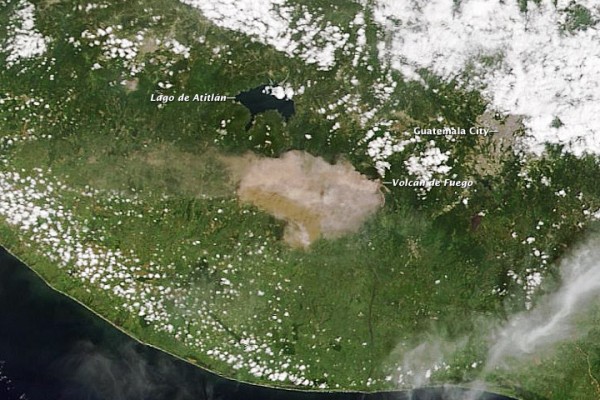 Small pyroclastic flows, shockwaves that could be felt 10 km from the edifice and a 200 meter lava flow on the southern slopes were reported at Fuego. The latest report from CONRED  in Guatemala says seismicity has increased this week after a short decrease following last week’s activity. INSIVUMEH reports an increased activity of the volcano as recorded in the last 24 hours 13 explosions, 11 and 2 moderate to weak column expulsions light gray height of 400-600 meters disperse up to 06 kilometers due west and northwest overnight incandescent pulse was observed from 75 to 100 meters above the crater, weak avalanche gullies towards Taniluya and Ceniza. The lava flow toward the canyon Taniluya has been extended from 100 meters to 150 meters in length which extends to 150 m long, white remains weak plume height 100 meters dispersed westward and northwest.