The summer of 2012 has seen the worst outbreak of the West Nile Virus since its discovery during 1999 in the U.S.  The record high temperatures appear to have allowed for the rapid spread of mosquito-borne arboviruses.  With over 50% of the cases appearing Texas, the vast majority of the areas with concentrated outbreaks such as Mississippi, Michigan, Louisiana all seem to have large amounts of water and humidity which is ideal breeding territory for mosquitos. While this problem does seem to be growing there are things we can do about it.  The main factors that will determine how the next years play out in regards to WNV, human preparation, climate change, and new diseases.

One of the best ways to stop the rapid spread of the disease is to follow along with community based programs that are directed at minimizing breeding grounds.  Report any standing water that you yourself cannot do something about.  With so many foreclosed homes with pools, the airborne pests have carte blanche access to huge amounts of standing water.  Using mosquito repellents, reporting any dead birds found in the area, and staying inside during peak mosquito hours (early evening and morning), especially if you are someone who falls under the high risk category. These people include those over 50, males, diabetes mellitus, and those with organ transplants.  Educating yourself is the best measure to take to keep yourself healthy and safe. 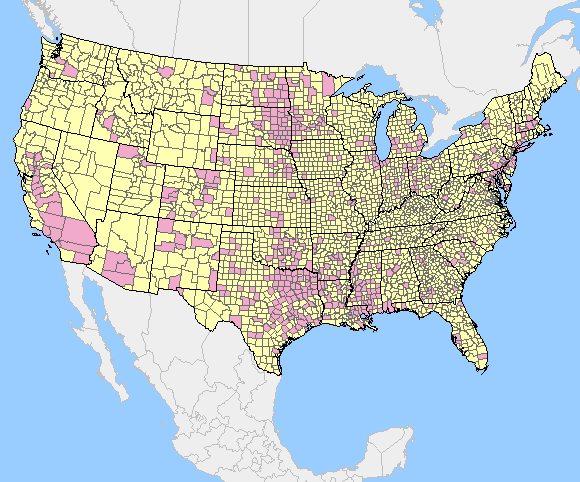 Out of the 2,500 species of mosquito found throughout the world, around 200 are found in the US and of those 43 carry the WNV.  With the record-breaking droughts across the U.S., breeding and the spread of mosquitoes was far from ideal.  If we continue to see a warming trend carry into the next year accompanied by rainfall and snow, we are looking at having a massive number of mosquitos plaguing the nation.  While there has been a 250 – 300 year warming trend in which mosquitoes have increased in number, it seems as though human activity and impact on a local ecology is the most dramatic factor for the spread of these diseases.  With the majority of the country already impacting the natural habitat of these animals, the possibility of a rapidly spread mosquito arboviruses seems inevitable.

There is the real possibility of the spread of many other mosquito borne illnesses such as dengue, malaria, yellow fever, elephantiasis and a number of others.   While historically we have viewed the majority of these diseases as equatorial problems primarily. The US has seen recent outbreaks of dengue in Texas, coupled with record numbers of WNV cases.  Vermont has seen its first human death ever from Eastern equine encephalitis, showing again that these diseases are spreading to new parts of the country and having an impact. On a related note, In California the hantavirus was spread to at least 5 people and killed 3 came from rodents Yosemite National Park; unique in its cluster infection. 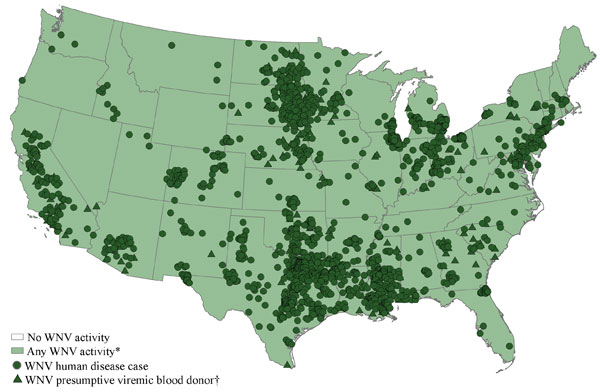 Remembering to keep yourself protected from these pests is absolutely necessary.  With what looks to be increasing numbers of outbreaks of these diseases, and many other diseases starting to impact the country it is important to be aware of what you can do to make  a difference.  Be aware of climate change in your area and take the preventative measures required to keep yourself, your family, and pets all safe.

Read the CDC/ARBONET latest report of WNW cases in US