Ernesto is now tropical rainstorm system and it’s slowly dissipating over southern Mexico’s mountainous terrain. However, it could still come back to life in eastern Pacific and assume a new identity as Hector. The Pacific Ocean waters west of Manzanillo, Mexico, where what is left of Ernesto will emerge, are more than warm enough to support the formation of a tropical depression or storm. Disruptive winds above the surface that can tear tropical systems apart (wind shear) will also weaken over this area as the weekend progresses.

Degrading from tropical depression to tropical rainstorm, Ernesto is still capable of unleashing torrential and flooding rainfall. Ernesto is expected to produce additional rainfall accumulations of 2 to 5 inches over the Mexican states of Veracruz, Tabasco, Puebla, Oaxaca and Guerreo through Friday night. Isolated maximum storm total amounts of 15 inches are possible in association with Ernesto. 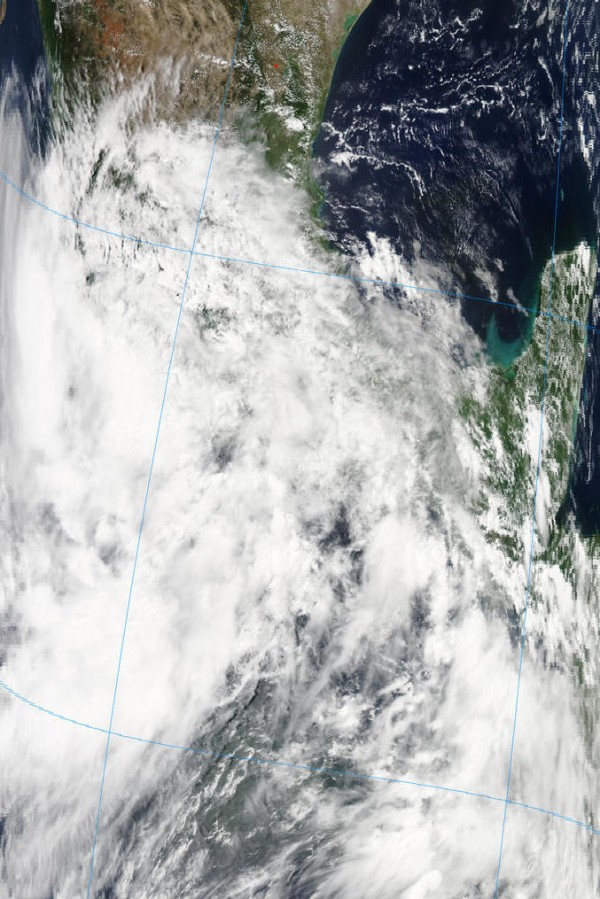 In the lower elevations, rain amounts have already exceeded 8 inches at Arriaga (located just inland from the Gulf of Tehuantepec on Mexico’s western coast) and 6 inches at Veracruz (on Mexico’s Gulf of Mexico side). Flooding could damage agriculture in southern Veracruz, a major corn producing area, according to Federico Assaleih, president of the state’s agriculture council.

The death toll attributed to the storm Ernesto rose to six on Friday although it continued to weaken as it passed through Mexico’s eastern Veracruz state. 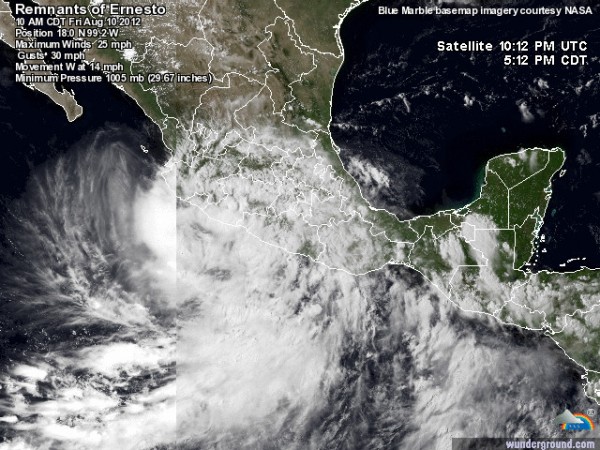 According to latest public advisory issued by US National Hurricane center (NHC), the circulation of Ernesto has been disrupted by the high mountains of southern Mexico. At 15:00 UTC Ernesto’s remnants were located near latitude 18.0N and longitude 99.2W. Ernesto is forecast to move off Mexico into the eastern Pacific. It have the potential to become a tropical cyclone in a day or two. 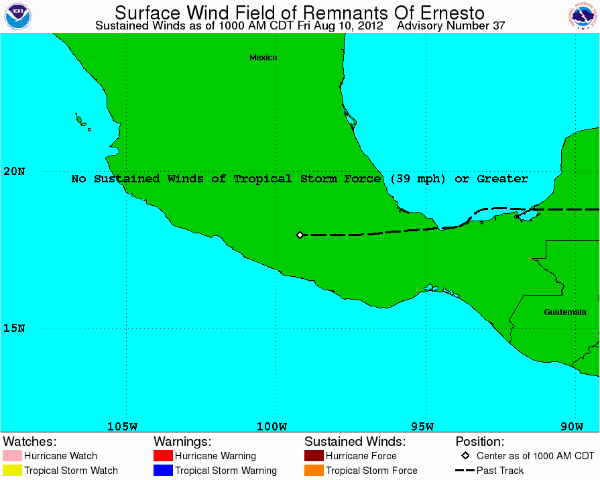