Shower and thunderstorm activity is diminishing near a low pressure system located over the far eastern Atlantic just to the east of the Cape Verde Islands. Also visible near the Canary Islands in the image bellow (upper right quadrant) is dust from the Sahara Desert blowing off the coast. 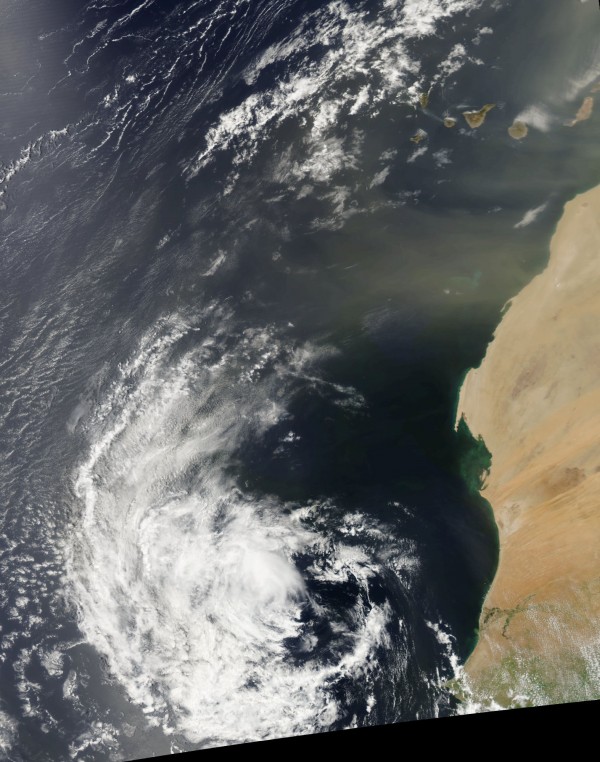 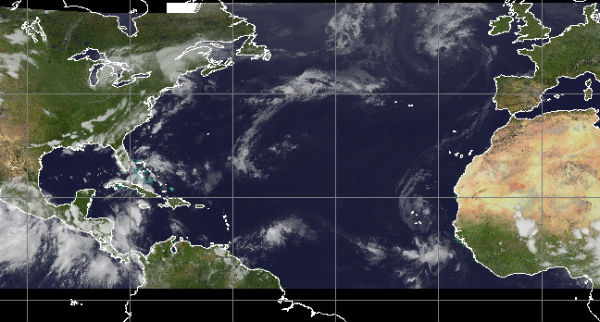 The low is moving toward colder water, and the likelihood of development over the next couple of days appears to be decreasing. This system has a medium chance (30 percent) of becoming a tropical cyclone during the next 48 hours as it moves west-northwestward at about 20 mph. Gusty winds and locally heavy rains are still possible over portions of the Cape Verde Islands through Saturday morning.