An awful odor of a foreign invasive red seaweed is smelling from Long Island Sound to the southern Gulf of Maine, US. A red seaweed originating from Japan is invading New England beaches. Scientists fear the seaweed could harm the coastal ecosystem by growing over native seaweed, starving it of light and nutrients and damaging a habitat and food source for many marine animals.

The seaweed does not smell when wet, but as it dries out and decays, it emits a smell like rotting eggs. The species grow quickly and aggressively and can survive in warm or cold waters. Only a few creatures, such as sea urchins, eat enough of it to limit its spread. If it’s on the beach and gets back in the ocean, or if it’s cut up, it expands and multiplies. The northbound Gulf stream current and the southbound Labrador current should hinder the spread of the seaweed. But with time, he said, the invasive species could reach Newfoundland and the Florida coast. 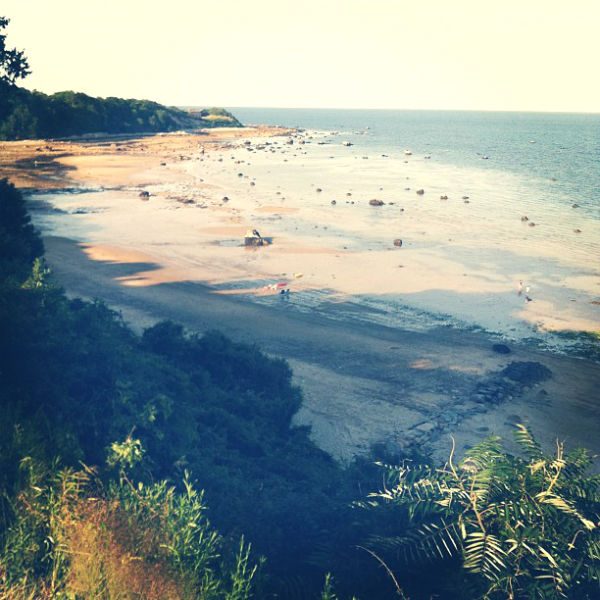 The seaweed, called Heterosiphonia japonica, was first spotted in New England in 2009. It is believed that the foreign seaweed was carried over from Japan to Europe then Europe to the East Coast of the U.S. by ships. Coastal areas from the Long Island Sound to Cape Mann in northern Massachusetts are where the seaweed is thriving. It appeared identical to a seaweed species from Asian waters that had turned up off the European coast in the early 1980s, choking out native wildlife from Scandinavia to Italy. Currently, it is most prevalent along the northern Massachusetts coastline. The seaweed has been a prolific biomass since the spring.

To some extent the biomass is related to the warm water. Warmer water temperatures may help the seaweed pick up nitrogen in the ocean more efficiently. But it is not just the warm water temperatures that may be boosting the abundance of this stinky seaweed. There were fewer storms and less snow this past winter… Storms tear stuff up and drop it on the beach when people are not going according to Matthew Bracken, assistant professor at Northeastern University. 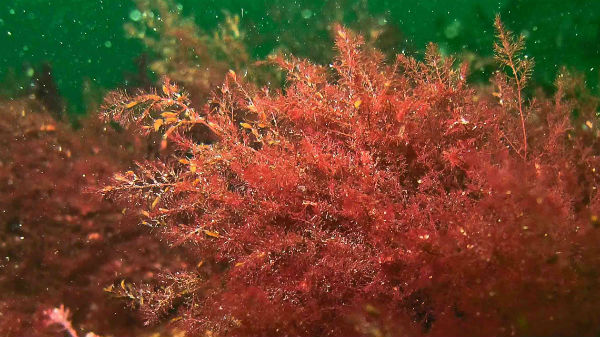 Meanwhile, there are a couple of possibilities behind the noxious odor of the seaweed. One is the actual composition of the seaweed, because it may produce compounds that contain sulfur degrades. The other reason for the smell may be  bacteria, which helps to decompose the seaweed, produces hydrogen sulfide. There are fears that the foreign red seaweed is likely to impact the ecosystem, displacing native species off the New England coast. The seaweed may outcompete native species by limiting the food source available to them. For instance, the smelly seaweed settles and grows on eelgrass, native marine life that is more like grass than algae since it has flowers and seeds.

The seaweed inhibits eelgrass from being productive by limiting the sunlight that reaches it. The growth also makes eelgrass more susceptible to storms, making more leaves break up and wash ashore. Other similar native species of red algae and even coral-like structures may also be at risk due to competition.

A research team are removing the foreign seaweed in some areas to study whether native species will thrive again where numbers have dropped.