In late April 2012, dust mingled with clouds over the eastern Russian Federation. The dust likely originated along the border between China and Mongolia and followed a counter-clockwise arc into eastern Russia. Fires along the China-Mongolia border may also have deposited smoke into the region’s air. 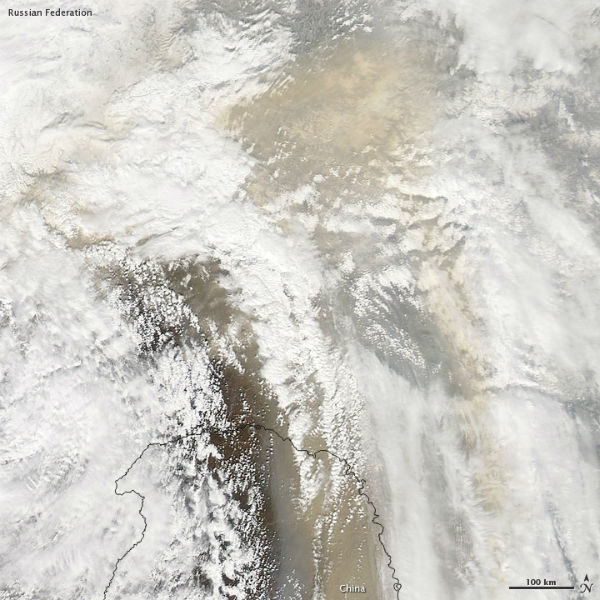 Many of the world’s most prolific dust-producing regions are sandy deserts, but the sparse grasslands of Mongolia also rank among our planet’s most dust-prone regions. Fine sediments from the Gobi Desert often blow eastward into the Beijing region and off the east coast of China. The most severe Gobi Desert dust storms tend to occur in March and April. (EarthObservatory)

A bright fireball exploded over Belgium at 02:04 UTC on Wednesday, March 18, 2020. The International Meteor Organization (IMO) received 6 reports from eyewitnesses including those in the Netherlands, Luxembourg, and Germany. According to IMO, the meteoroid entered...