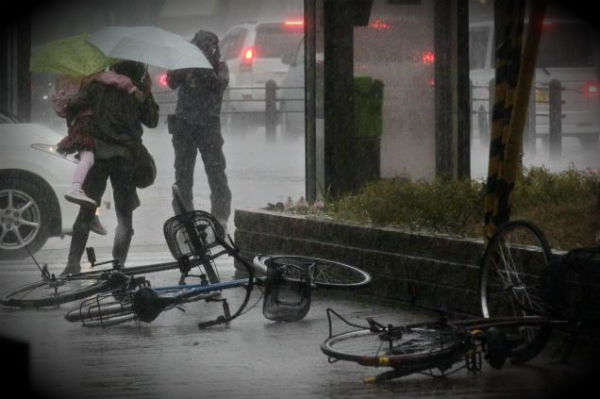 Winds of typhoon strength have swept over parts of Japan, making for travel chaos, reports said on Tuesday. Winds were clocked to 150 km/h (93 mp) in western Japan, the Japan Meteorological Agency (JMA) indicated. Winds at the Tokyo Haneda International Airport gusted to 126 km/h, or 78 mph. Winds of 80 to 110 (about 50 to 70 mph) were widespread on weather. Weather warnings and advisories spanned Japan’s entire mainland. Advised threats included high winds, thunderstorms, heavy rain, flooding and high winds. The JMA even warned of the potential for tornadoes.

Sustained winds of 90 kilometers per hour would be the strongest to hit the capital since 1959, when a storm hit Tokyo with winds of 97 km/h, data from the weather agency show. 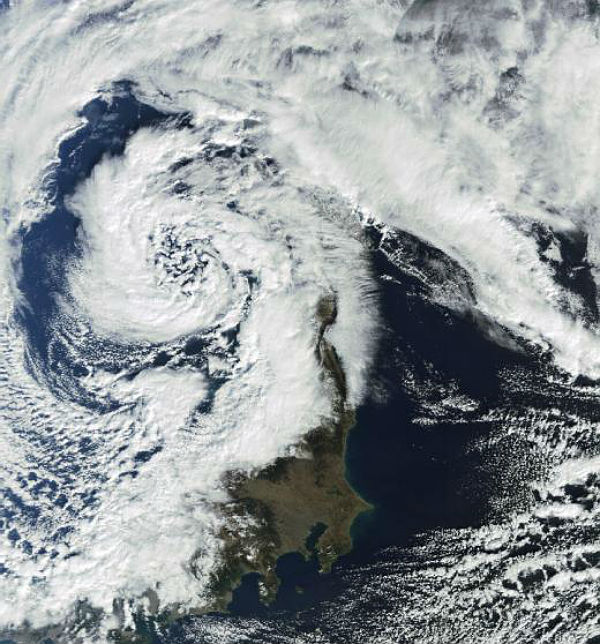 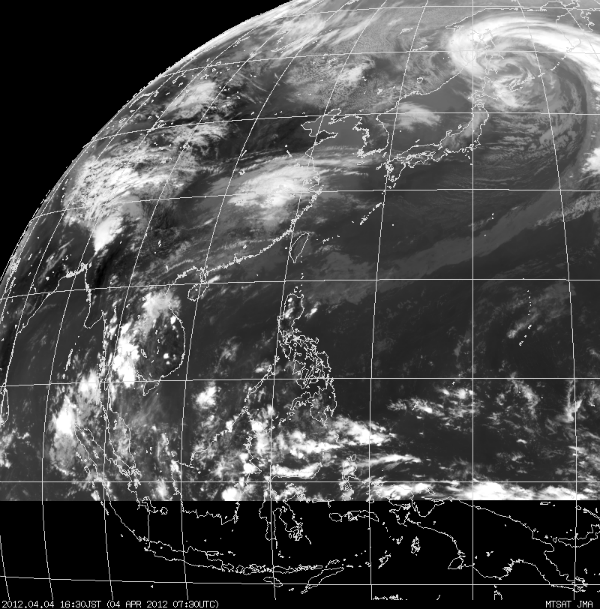 The severe weather was whipped up by an abnormally strong storm centered over the Sea of Japan. The storm’s trailing cold front, which dragged eastward over western and central Japan Tuesday, was a focus for high winds and torrential rain, forecasters said.

A JMA forecaster compared this storm to the core of a typhoon, but with a long duration of high winds in any given location, owing to its sheer size.  The brunt of the storm will shift to northern Japan today. Severe winds and high waves will target the region, as will heavy rain and the potential for flooding. 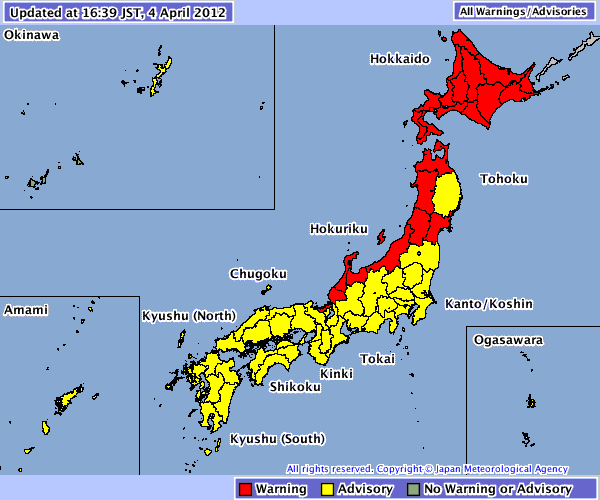