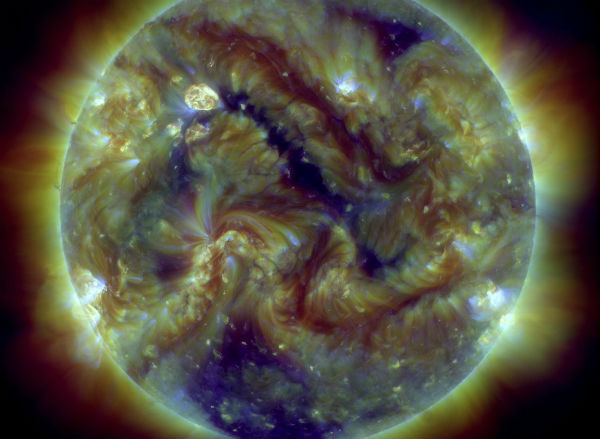 In morning of March 24, a near M-Class flare took place around Sunspot 1445 at around 08:50-09:00 UTC. There was a gap in data on the GOES X-Ray Flux graph, however it was picked up on the EVE Diode X-Ray signal. Comparing it to yesterday’s M1.0, it looks like this flare registered as a long duration C9.

Sunspot 1445 (old sunspot 1431) rotated back into view off the southeast limb. This returning region is proving to be active and produced a minor C6.5 flare, followed by a moderate M1.0 event at 19:40 UTC Friday afternoon. Solar activity looks to be increasing. (SolarHam) 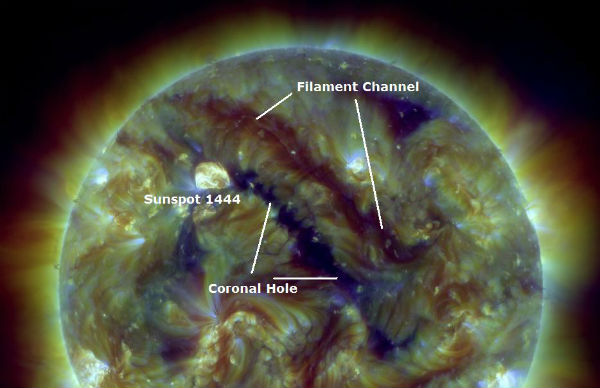 New Sunspot 1445 (ex-1431) is currently the biggest threat for a moderate solar flare. NOAA/SWPC estimates 35 % chances for M-class events and 5% chances for X-class solar flares. All other regions are currently stable. Sunspot 1444 in the northern hemisphere is slowly expanding and did produce a minor C3.0 flare early on Sunday morning. Both of these regions will continue to be a threat for at least C-Class flares and perhaps another moderate solar flare. 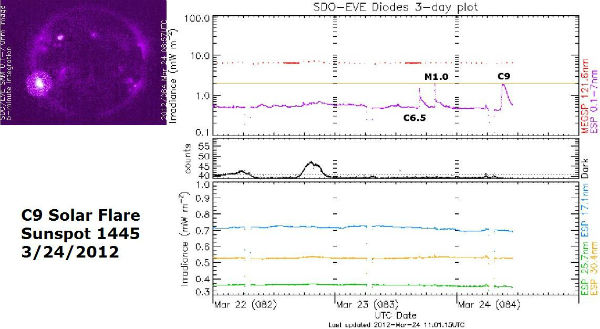 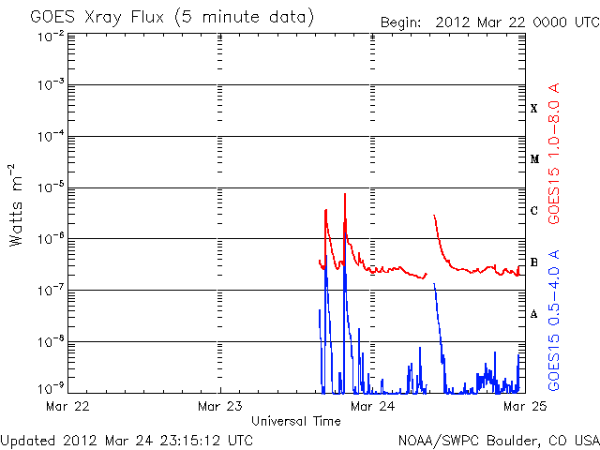 Big sunspot AR1429 is still erupting. AR 1429 was the source of many strong flares and geomagnetic storms earlier this month. The active region produced a significant coronal mass ejection on March 24th at 00:39 UTC. A bright CME was generated, but again will not be Earth directed because this region continues to transit the Farside of the Sun. 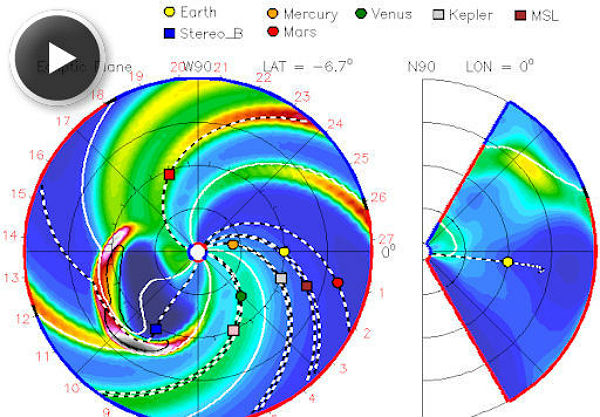 The leading edge of the CME is expected to arrive at the STEREO-B spacecraft on March 25th at 13:08 UT (+/- 7 hours). None of the inner planets will be affected.

Since March began, sunspot AR1429 has propelled CMEs into every corner of the solar system, stirring up stormy space weather around every planet and spacecraft. If the sunspot remains active for another week or so, it will turn back toward Earth for a new round of geoeffective eruptions. (SpaceWeather)