Satellite map of the epicenter and the surrounding area 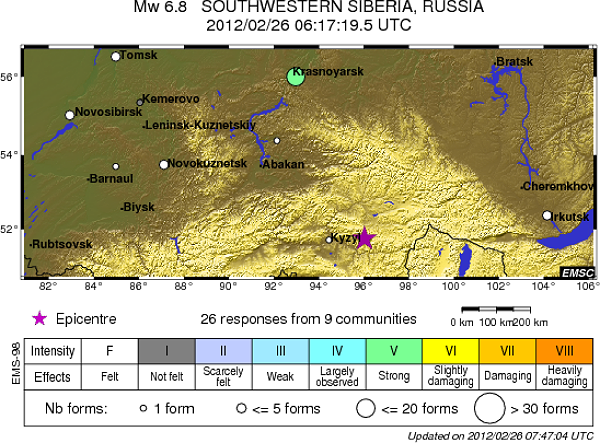 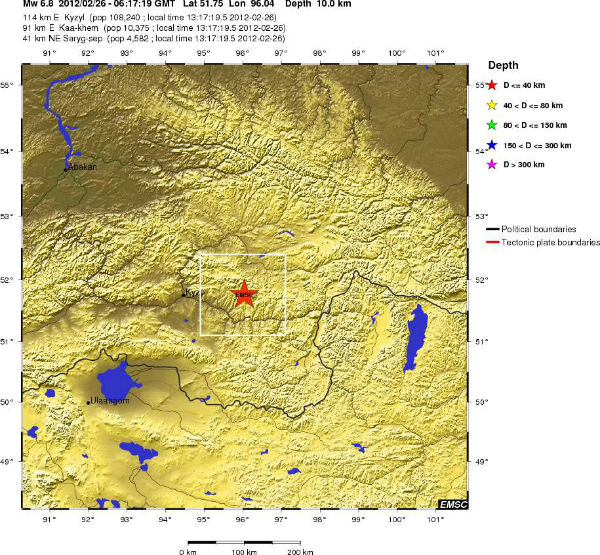 This earthquake happened in the same area and with almost the same magnitude as 6.5 earthquake on December 27 2011 with epicenter 120 km from Kyzyl. After the December 27 earthquake many weeks of moderate to sometimes strong aftershocks were occurring in the area. Some structures in Kyzyl were already weakened by the December 27 earthquake. Many houses and apartment buildings had cracks in the walls.  It is currently winter in Siberia and temperatures are often -30 °C or even colder. People will be obliged to stay outside their houses for at least 48 hours out of fear for aftershocks. 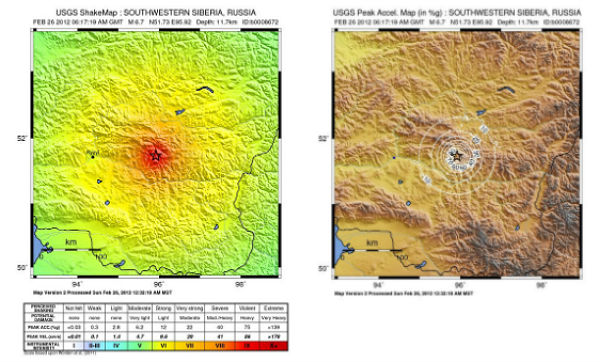 The earthquake has been felt all over Mongolia. It was well felt over 8 Russian regions, but no damage reported so far. A faulty transformer has occurred in Tuva – possibly as a result of the earthquake according to Earthquake Report. Emergency services are also checking critical infrastructure in the epicentral region. The earthquake shocks were felt at the Sayano-Shushenskaya hydroelectric plant, Russia’s largest.