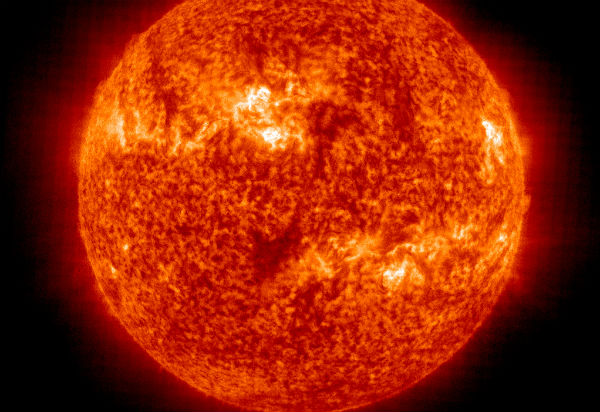 Sunspot AR1402, the source of last week’s X-flare and many beautiful auroras, is on the farside of the sun now. Although we can’t see it, the active region is still erupting. Bellow is the video showing coronal mass ejection flying over the sun’s western limb. 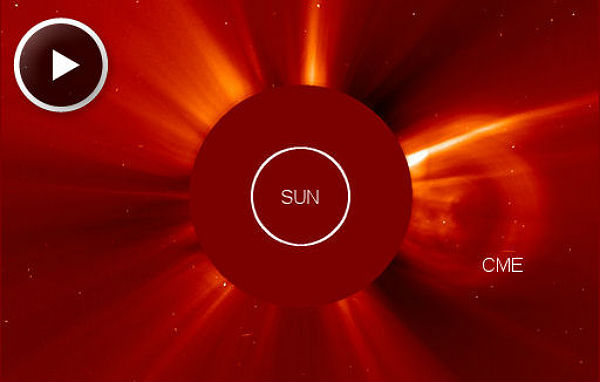 Click on the image to start the movie (Source: SOHO)

The cloud is heading in the direction of NASA’s STEREO-Ahead spacecraft, which witnessed the explosion from directly above the sunspot. An initial inspection of the data suggests that no planets are in the line of fire. 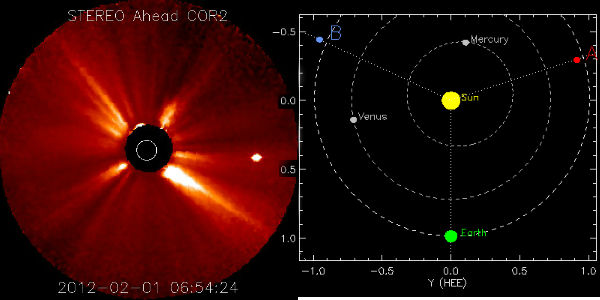 Image of CME by STEREO AHEAD CORE2 and current position of both STEREO spacecrafts (Source: STEREO) 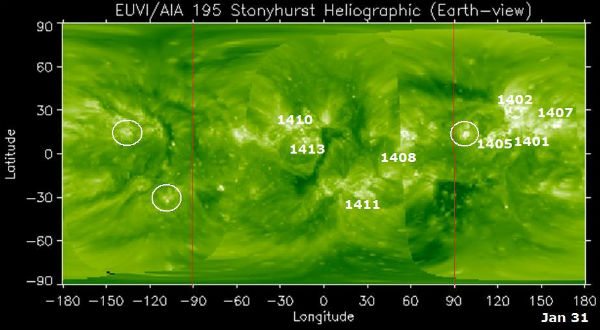 When a numbered region rotates onto the western limb as a spotless plage, it will be assigned (P) for tracking purposes. Regions in circles indicate the possibility of a new sunspot or plage. When an existing sunspot returns onto the Earth facing side, it will be noted as (R) until it is assigned a new NOAA sunspot number or removed if spotless.

If active region 1402 don’t dissapear for another two weeks, it will complete its transit of the farside and re-emerge on the Earthside of the sun. But sunspots rarely last for more than one solar rotation. 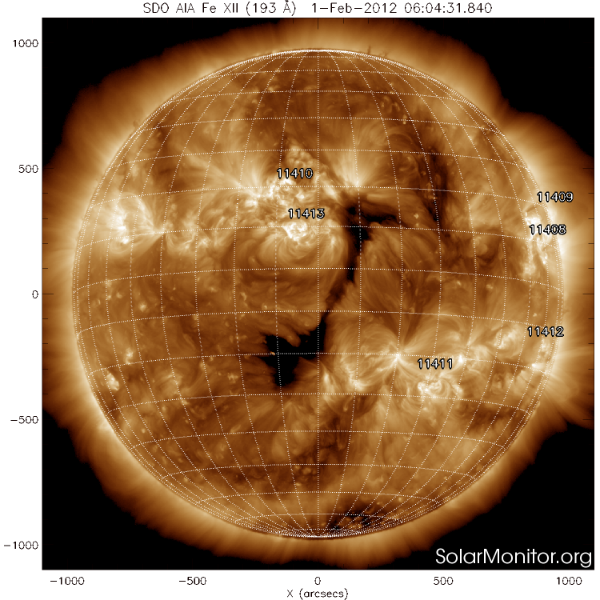 The ACE Spacecraft did show a minor shock passage just after 15:30 UTC Monday morning. This was a glancing blow related to the X1.7 solar flare on Jan 27. A geomagnetic sudden impulse at 16:24 UTC measuring 8nT was detected at the Boulder station. The Kp index rose slightly, however no geomagnetic storm conditions are expected. Aurora displays will only be possible around the Arctic circle. (SolarHam)

Solar activity remains low with only B-Class activity detected within the past 24 hours. Regions 1411 in the south and 1413 in the north, are both slowly showing signs of sunspot growth. A small new sunspot looks to be forming to the north of 1408 on Tuesday. There will be a chance for a C-Class flare in the next 24 hours. After several days at S1 to S2 Radiation Storm levels, the proton flux is now below the S1 Minor Storm threshold.

NOAA forecasters estimate a 15% chance of minor geomagnetic storms on Feb. 3rd in response to the expected arrrival of a solar wind stream. High-latitude sky watchers should be alert for auroras.