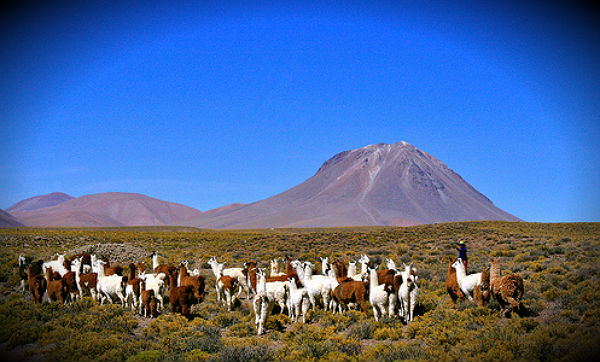 OVDAS-SERNAGEOMIN reports that the Lascar volcano, located in the Antofagasta region, presents a slight variation of seismic activity, represented by the occurrence of a seismic swarm events volcano – tectonic (VT), whose features suggest a location in the environment the volcano.

Lascar, one of the more active volcanoes of northern Chile, was placed on heightened alert status by the ONEMI (Chilean Emergency Management) on advice from the SERNAGEOMIN (Chilean Geologic Survey). However, there have been no indications of increased fumarolic activity at the volcano. ONEMI is preparing for possible evacuations for people near the volcano – mostly either miners in the area or tourists at San Pedro de Atacama.

The largest eruption of Lascar in recent history took place in 1993, producing pyroclastic flows as far as 8.5 km (5 mi) northwest of the summit and ash fall in Buenos Aires, Argentina, more than 1,600 km (994 mi) to the southeast. The latest series of eruptions began on 18 April 2006 and were continuing as of 2011. 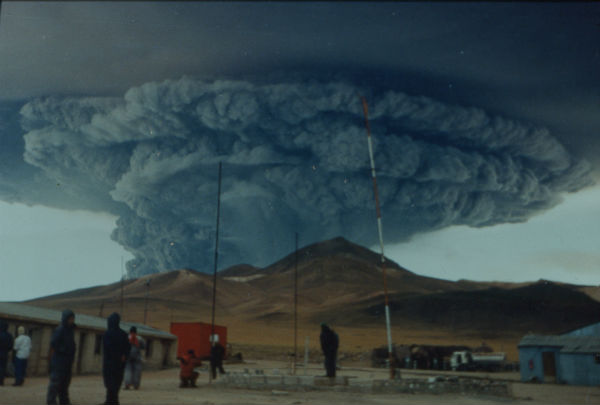 Lascar is located in the altiplano of the Antofagasta Region of northern Chile, east of theSalar de Atacama, immediately west of the Aguas Calientes volcano, and to the northeast of Laguna Lejía. Other volcanoes in the area include Acamarachi, which is dormant or possibly extinct, and Chiliques, which has developed a new hot spot in its summit crater beginning in 2002 after a period of at least 10,000 years in dormancy.

Lascar has the potential to produce a large eruptive column – the 1993 eruption sent ash as fall east as Buenos Aires – with pyroclastic flows that could reach nearby towns such as Talabre. The volcano has been through a number of cycles of significant explosive activity over its >43,000 year history. However, recent activity is mostly lava dome formation in the summit crater followed by crater collapse and vulcanian to plinian explosive eruptions such as the major eruption of April 1993. However, it also have the potential to produce small explosions that will only dust ash on the countryside surrounding the volcano as it has done at least 6 times in the last decade.