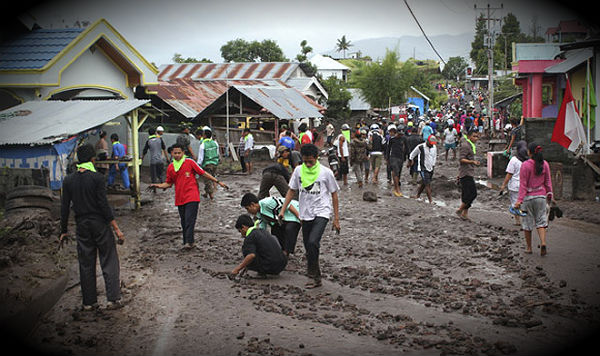 Days of pouring rain created rivers of ash and debris that killed four people and forced thousands to flee their homes for the second time in a month. On Tuesday night, runoff from tropical downpours on the slopes of Mt. Gamalama generated mudflows, known as lahars, that swept through the village of Desa Tobu, North Ternate, with close to 90% of homes in the area sustaining some kind of damage from the mudflows. More than a dozen people were hospitalized and about 1 000 others fled.

Mt. Gamalama erupted on Dec. 4 in a powerful blast that led to the disruption of flights through the local Babullah airport. However, the eruption left a fresh covering of loose ash and rock that runoff from this week's tropical cloudbursts.

The island of Ternate was hit by at least 6 inches of rain within 24 hours, including 4 inches within only six hours. Rainfall on the volcano's slopes may have been much greater. Frequent soaking rain is common in this tropical region, making a significant threat of volcanic mudflows on Indonesia's many active volcanoes. 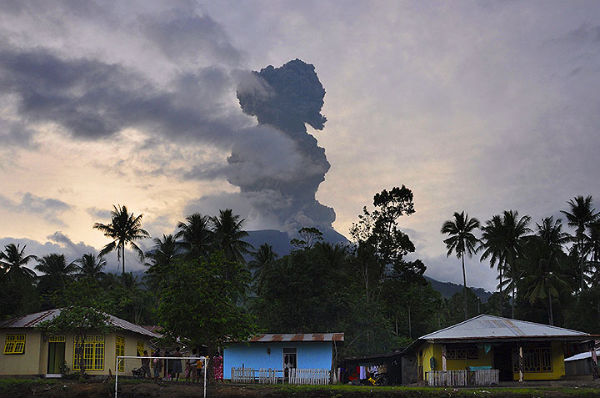 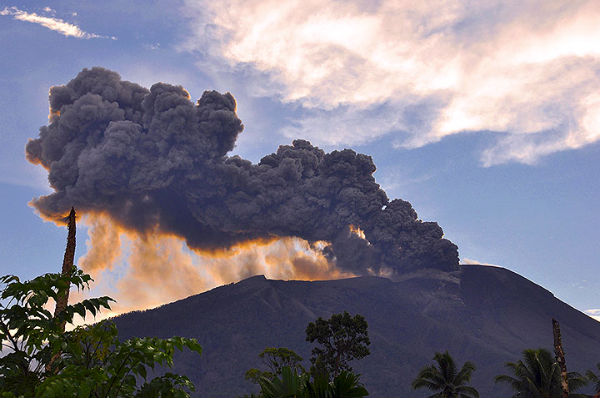