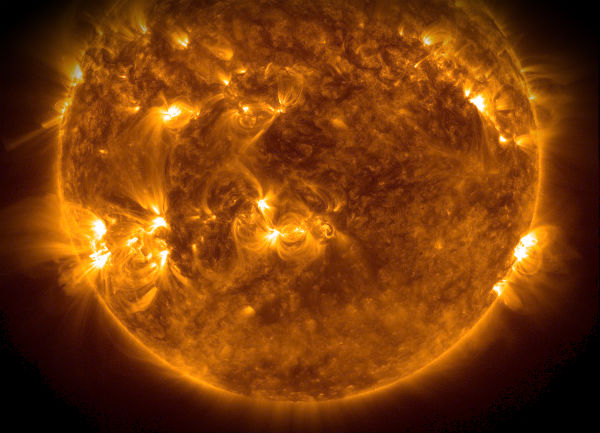 Emerging over the sun’s southeastern limb, sunspot AR1389 unleashed two M-class solar flares on Dec. 29th. A moderate M2.0 solar flare occur at 21:51 UTC Thursday evening and a moderate M1.9 Solar Flare this morning at 13:50 UTC. The blasts show  that the newly-visible sunspot is capable of significant eruptions. AR1389 is not yet facing Earth, but it is turning in our direction. 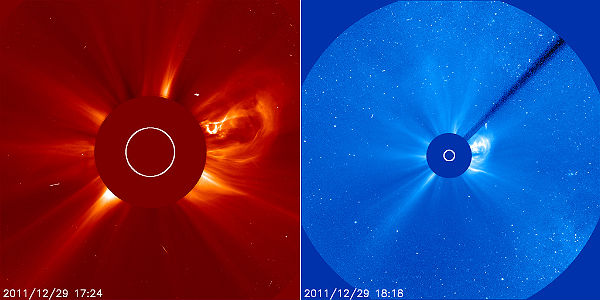 Sunspots 1386 and 1387 have “beta-gamma” magnetic fields that harbor energy for M-class solar flares. In addition, new sunspot 1389 produced an M2-class flare on Dec. 29th, so there are now three potential M-class blast sites on the solar disk. NOAA forecasters have downgraded the chances of a geomagnetic storm on Dec. 29th to 20%, and 5% of X-class events. 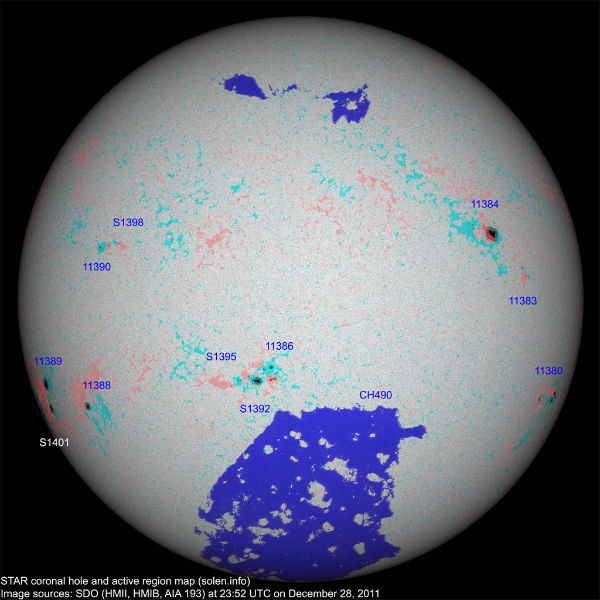 Earth is entering a dense solar wind stream flowing. A minor CME impact was detected by the ACE Spacecraft just after 9:00 UTC Wednesday morning. A geomagnetic sudden impulse of 7nT was detected shortly thereafter but there was geomagnetic storm. Another CME sweep past Earth and impact our geomagnetic field. An aurora watch at high latitudes will be in effect tonight. 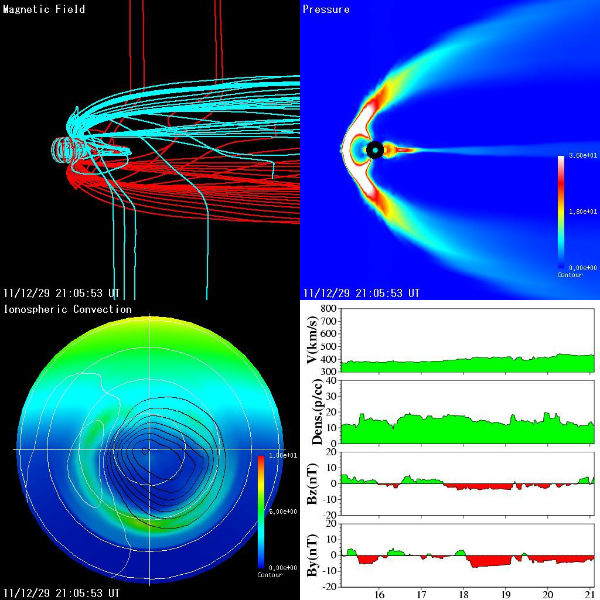 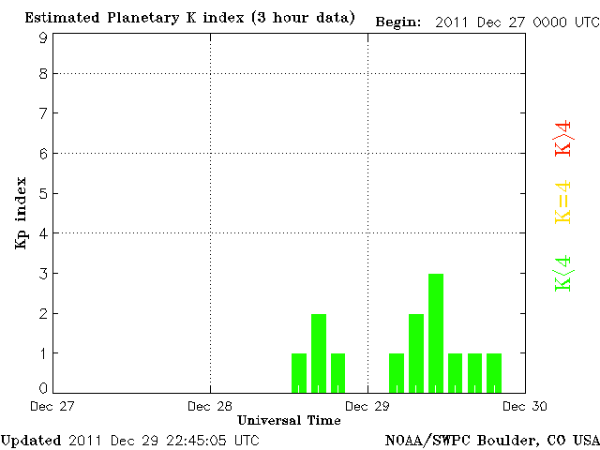 Joint USAF/NOAA Report of Solar and Geophysical Activity (29 Dec 2011)
Solar activity has been at moderate levels for the past 24 hours. Region 1389 (S23E58) produced the largest event of the period, an M1/1F flare at 29/1350Z. Region 1398 continues to grow and evolve as it rotates around the east limb. IB. Solar activity is expected to be at low to moderate levels for the next three days (30 December – 01 January). The geomagnetic field has been at quiet to unsettled levels for the past 24 hours. Solar wind speeds, as measured by the ACE spacecraft, have shown an increase from 280 km/s to almost 450 km/s in the past 24 hours. Signatures in the solar wind indicate the possible arrivals of the forecasted CMEs, however the intensity was lower than expected. IIB. The geomagnetic field is expected to be at quiet to unsettled levels for day one (30 December) as the effects of the CMEs wane. Predominantly quiet levels are expected on day two (31 December). A return to quiet to unsettled levels is expected on day three (01 January) as a coronal hole high speed stream moves into a geoeffective position.