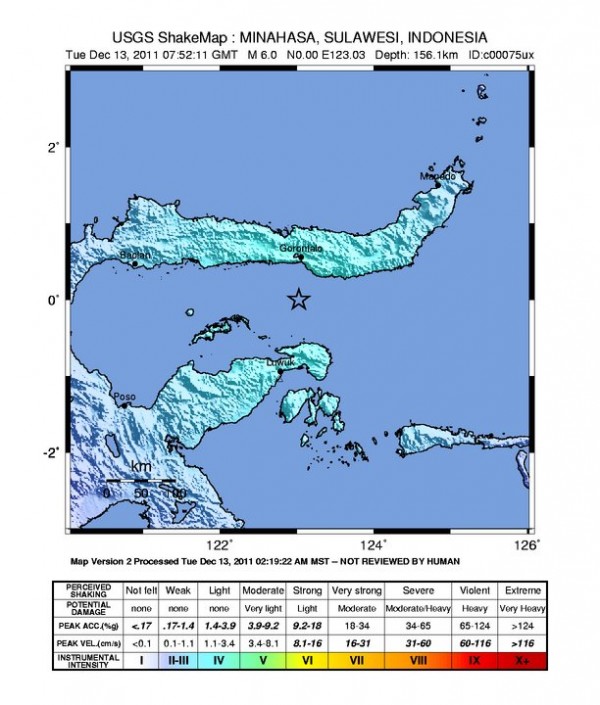 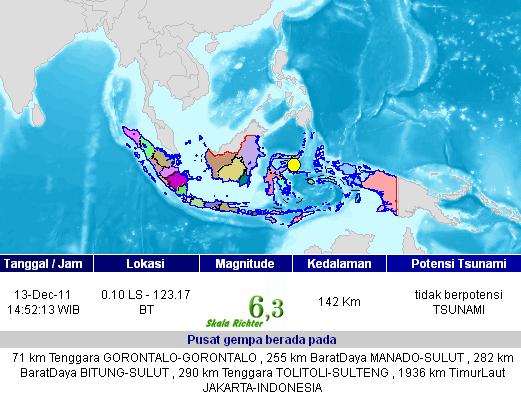 Sulawesi is at the junction of three major tectonic plates, Eurasia to the west, Pacific to the East and Australia to the South. Its peculiar K-shape reflects a Late Cretaceous- Recent history of subduction and multiple collisions, followed by Miocene and younger extension (Bone Basin, Gorontalo Basin) and strike-slip faulting. 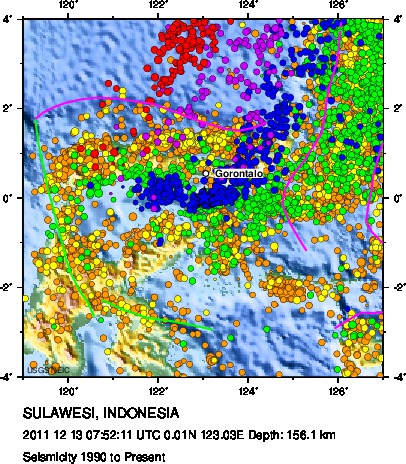 The tectonics of Sulawesi today is dominated by a few large sinistral strike-slip fault zones (Palu-Koro, Matano and Malili-Kendari). These faults accommodate the NW relative movements of parts of Sulawesi due to the continued convergence of Pacific, Australian and Eurasian Plates after the M Miocene collision of the Bangai-Sula microcontinent (Magetsari et al. 1987, etc.). As documented by paleomagnetic data, this convergence also caused the 60° counterclockwise rotation of the SW arm of Sulawesi (Panjaitan and Mubroto, 1994) and 90° clockwise rotation of the North arm.