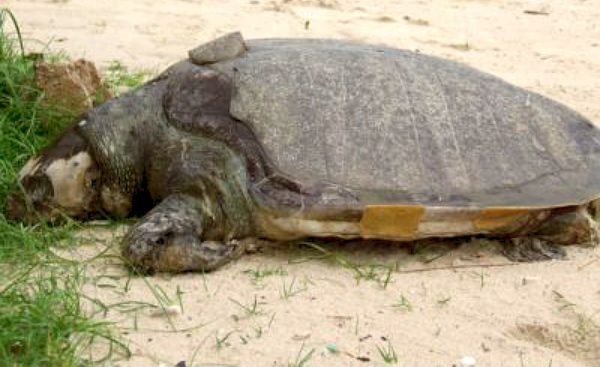 A very rare 150 million years old prehistoric giant green sea turtles appear  for third time in just two weeks on B.C. shores. It was spotted  on Combers Beach in pacific Rim National park and was transported to local aquarium in very bad condition. TheProvince reports that this turtle died in Vancouver Aquarium today, Dec 12th. Scientists explain when turtles go to beach  its signal that something is wrong with them. Green turtle is listed as endangered by the IUCN and CITES and is protected from exploitation in most countries. 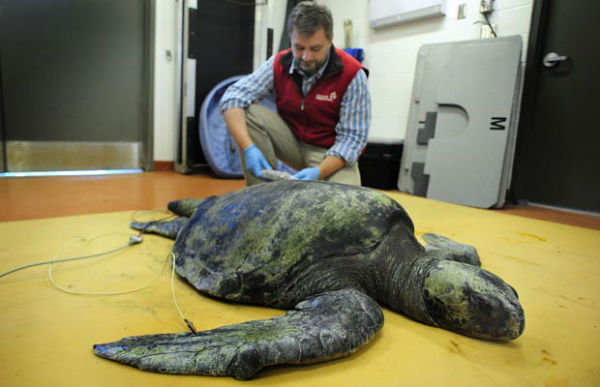 This is is the sixth sea turtle sighting in B.C. this year: Two green, one olive ridley recently and three leatherbacks in the spring and summer. All beached turtles died. Last beached green sea turtle also washed up on Combers Beach, on Nov. 30. The week before, on Nov. 22, the olive ridley was found along Wickaninnish Beach and was declared dead the next day.

There were no records of unusual currents that could have brought the turtles so far north, especially considering this year’s La Nina system which bring colder and drier conditions. Scientists suggested the turtles may have been stranded when the sea temperatures dropped rapidly at two points this fall because the cold water shuts down their bodies into what’s called a “cold stunned state,” causing them to drift and eventually wash ashore. 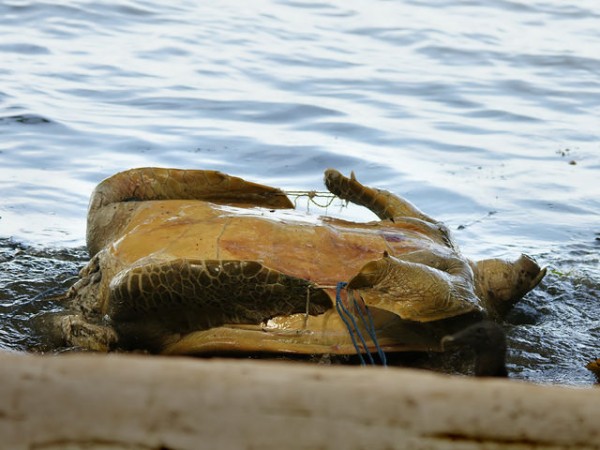 The Green sea turtle (Chelonia mydas), also known as green turtle, black (sea) turtle, or Pacific green turtle, is a large sea turtle of the family Cheloniidae. Its range extends throughout tropical and subtropical seas around the world, with two distinct populations in the Atlantic and Pacific Oceans.  The adults commonly inhabit shallow lagoons, feeding mostly on various species of seagrasses.

Like other sea turtles, they migrate long distances between feeding grounds and hatching beaches. Many islands worldwide are known as Turtle Island due to green sea turtles nesting on their beaches. Females crawl out on beaches, dig nests and lay eggs during the night. Later, hatchlings emerge and walk into the water. Those that reach maturity may live to age 80 in the wild.

In some countries, turtles and their eggs are hunted for food. Pollution indirectly harms turtles at both population and individual scales. Many turtles die caught in fishing nets. Also, real estate development often causes habitat loss by eliminating nesting beaches. Foraging grounds are most likely along the coast of Baja California, Mexico and southern California, in which these turtle’s have a high risk of incidental capture by coastal fisheries.The only foraging area that has been identified is the San Diego Bay, but it is heavily polluted with metals and PCBs. These contaminants have a negative effect on the ocean environment, and have been shown to cause lesions and sometimes mortality. (Wikipedia)