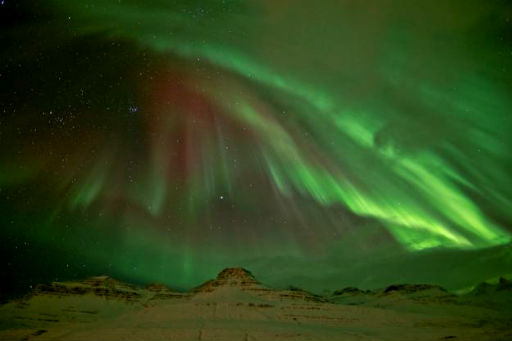 A solar wind stream is buffeting Earth’s magnetic field and this is causing electrical currents to flow in the Earth itself at high latitudes.

Rob Stammes sends this report from the Polar Light Center in Lofoten, Norway to SpaceWeather.com “Today, a magnetic disturbance began around 12.00 UTC. The .” 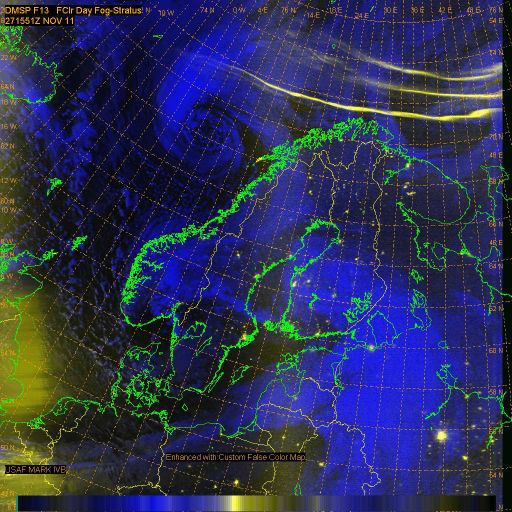 An  Earth current or telluric current, is an electric current which moves underground or through the sea. Telluric currents result from both natural causes and human activity, and the discrete currents interact in a complex pattern. The currents are extremely low frequency and travel over large areas at or near the surface of Earth.

The currents are primarily induced by changes in the outer part of the Earth’s magnetic field, which are usually caused by interactions between the solar wind and the magnetosphere or solar radiation effects on the ionosphere. Telluric currents flow in the surface layers of the Earth. These currents are known to have diurnal characteristics wherein the general direction of flow is towards the sun. Telluric currents will move between each half of the terrestrial globe at all times. Telluric currents move equator-ward (daytime) and pole-ward (nighttime). 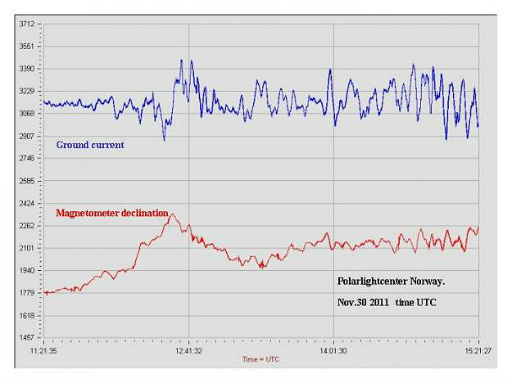 Geomagnetically induced currents (GIC), affecting the normal operation of long electrical conductor systems, are a manifestation at ground level of space weather. During space weather events, electric currents in the magnetosphere and ionosphere experience large variations, which manifest also in the Earth’s magnetic field. These variations induce currents (GIC) in conductors operated on the surface of Earth. Electric transmission grids and buried pipelines are common examples of such conductor systems. GIC can cause problems, such as increased corrosion of pipeline steel and damaged high-voltage power transformers. GIC are one possible consequence of geomagnetic storms, which may also affect geophysical exploration surveys and oil and gas drilling operations.

The Earth’s magnetic field varies over a wide range of timescales. The longer-term variations, typically occurring over decades to millennia, are predominantly the result of dynamo action in the Earth’s core. Geomagnetic variations on timescales of seconds to years also occur, due to dynamic processes in the ionosphere, magnetosphere and heliosphere. These changes are ultimately tied to variations associated with the solar activity (or sunspot) cycle and are manifestations of space weather.

Bright auroras are generally associated with Birkeland currents which flow down into the ionosphere on one side of the pole and out on the other. In between, some of the current connects directly through the ionospheric E layer (125 km); the rest (“region 2”) detours, leaving again through field lines closer to the equator and closing through the “partial ring current” carried by magnetically trapped plasma. The ionosphere is an ohmic conductor, so such currents require a driving voltage, which some dynamo mechanism can supply. Electric field probes in orbit above the polar cap suggest voltages of the order of 40,000 volts, rising up to more than 200,000 volts during intense magnetic storms.