Aurora borealis is a normal event at high latitudes during geomagnetic storms but when they are seen as low as Slovenia (Zagarjev vrh, N46.03, E14.65) you know the event is rare and stunning for the observers. The following image was captured in Slovenia on February 27 by astrophotographer Javor Kac: 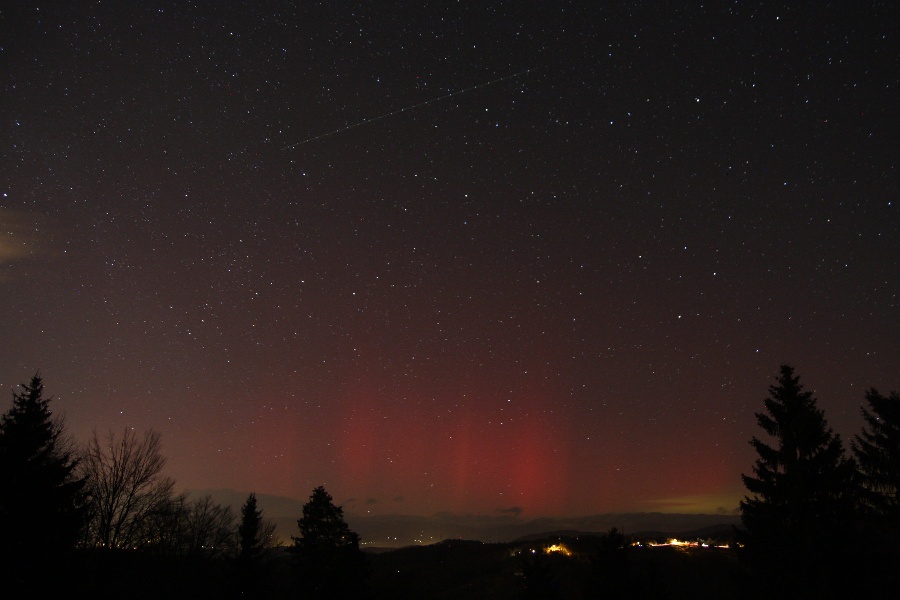 "Comments: Aurora first detected photographically through clouds at 21:43 UT. Visually observed from 21:44 to 21:59 UT as faint diffuse reddish glow spanning 30 degrees over northern horizon. Faint pillar appeared at 21:47 UT and remained visible for about a minute. Aurora detectable on photographs until 22:04 UT. No further observations were possible because of cloud interference."

Aurora is a very rare sight at these latitudes (Slovenia/Croatia). According to Crometeo (independent Croatian meteorological website) aurora was seen twice in Croatia in 1991; after that it was seen and captured in 2000 and 2003.

A rare blue aurora was captured in Norway on February 22nd by Micha Bäuml. Spaceweather.com explains:

"Northern Lights are usually green, and sometimes red. Those are the colors produced by oxygen when it is excited by electrons raining down from space… In auroras, blue is a sign of nitrogen. Energetic particles striking ionized molecular nitrogen (N2+) at very high altitudes produces a cold azure glow of the type captured in Micha's photo. Why it overwhelmed the usual hues of oxygen on Feb 22nd is unknown." 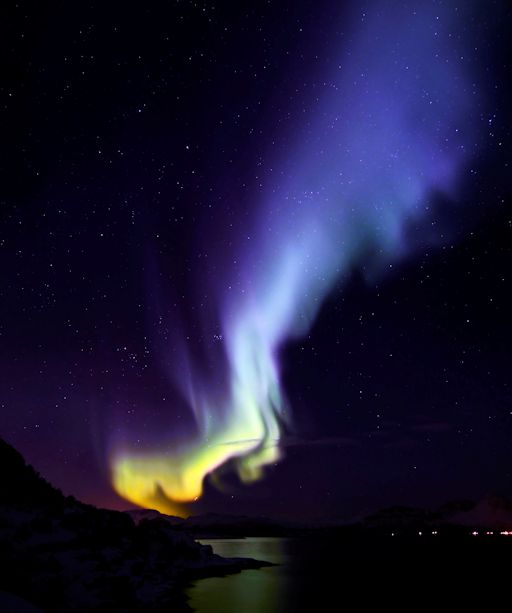 Taken by Micha on February 22, 2014 @ Straumfjord Norway (Image via SpaceWeather.com)