A very bright fireball entered Earth's atmosphere over southern Norway at around 23:09 UTC on July 24, 2021 (01:09 LT, July 25). The event lasted for about 5 seconds before the object disintegrated in a series of flashes.

​A spokesperson for the Norwegian Meteor Network, Steinar Midtskogen, said the meteor lit up the sky as if broad daylight.

"A minute later or more, a loud rumbling sound could be heard over a large area, perhaps up to 100 km (62 miles) away from where the meteor was seen straight overhead," Midtskogen told CNN, adding that some people reported feeling a shockwave.

Doors and hatches were blown open and there were gusts of wind but no damage has been reported. 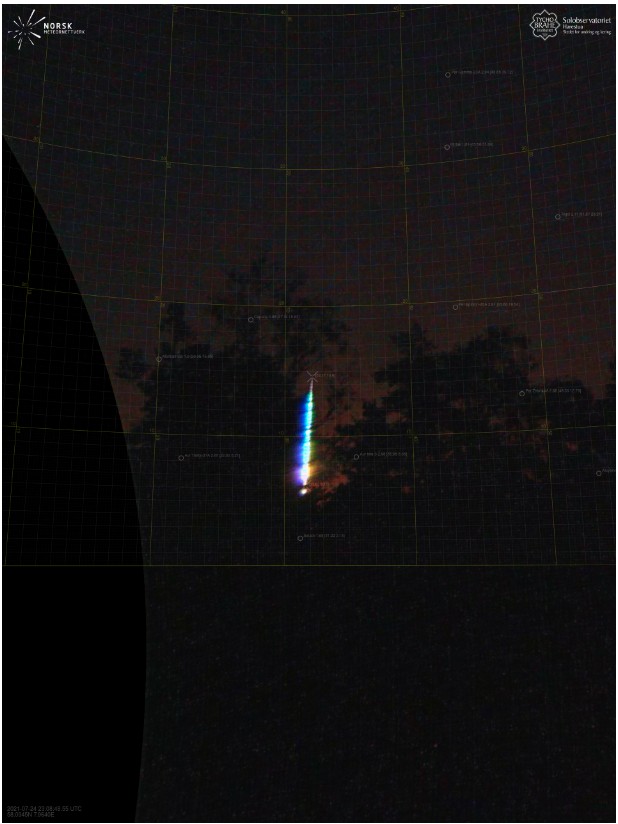 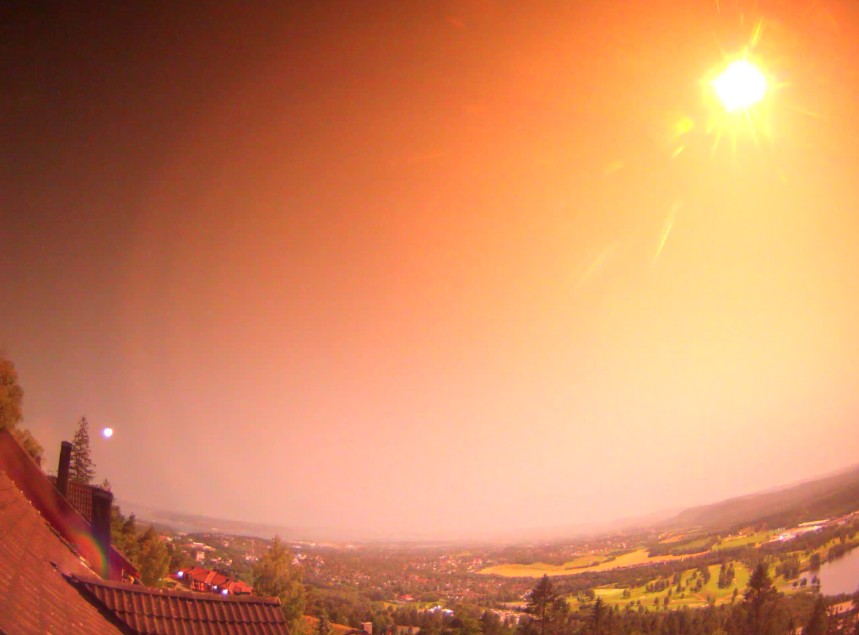 Videos analyzed by the network suggest that the meteor first appeared 90 km (56 miles) over Kjerkeberget in Nordmarka, north of Oslo, and moved in an SW direction over Sollihøgda and Holsfjorden where it began to fragment in several flashes of light and went out approximately 23 km (14 miles) above the ground 5 km (3.1 miles) west of Sylling.

"Several fragments may have continued further southeast into Finnemarka west of Lier, but the exact path is further affected by wind conditions that we have not yet investigated. Uncertainties in the video bearings can also give deviations from the actual trajectory of a few km."

NORSAR — the Norwegian Seismic Array, confirmed the area around Lier recorded the airblast hitting the ground as a seismic event, Midtskogen added.

A search is underway for possible meteorites on the ground.

Midtskogen said the object could have weighed a few hundred kg, but only small parts of it would reach the ground.

An interesting finding in the analysis is that the meteor does not appear to originate in the asteroid belt between Mars and Jupiter, as most meteors have.

Instead, almost the entire orbit is inside the Earth, which is often called an Athens-type orbit. This makes any discovery of meteorites particularly exciting for science.

"We encourage hikers west of Lier to be aware of special rocks, often dark, that seem to lie in a place where they do not belong. In the event of a discovery, the Natural History Museum or the Norwegian Meteor Network should be contacted to assess whether it can really be a meteorite. Note that discoveries of smaller meteorites in open country will normally belong to the finder, but it is important that it is reported so that it can be scientifically investigated and registered. An unregistered meteorite is usually of little value," Midtskogen said. 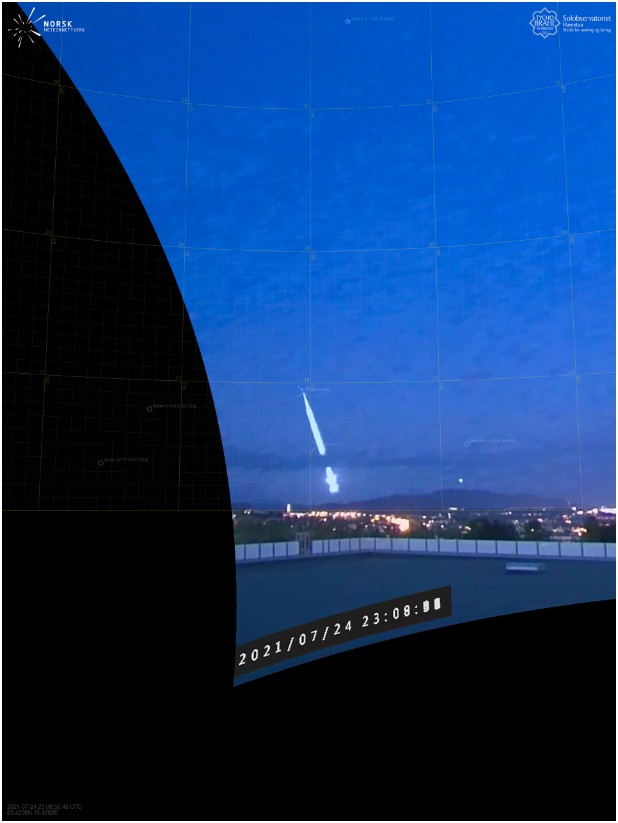 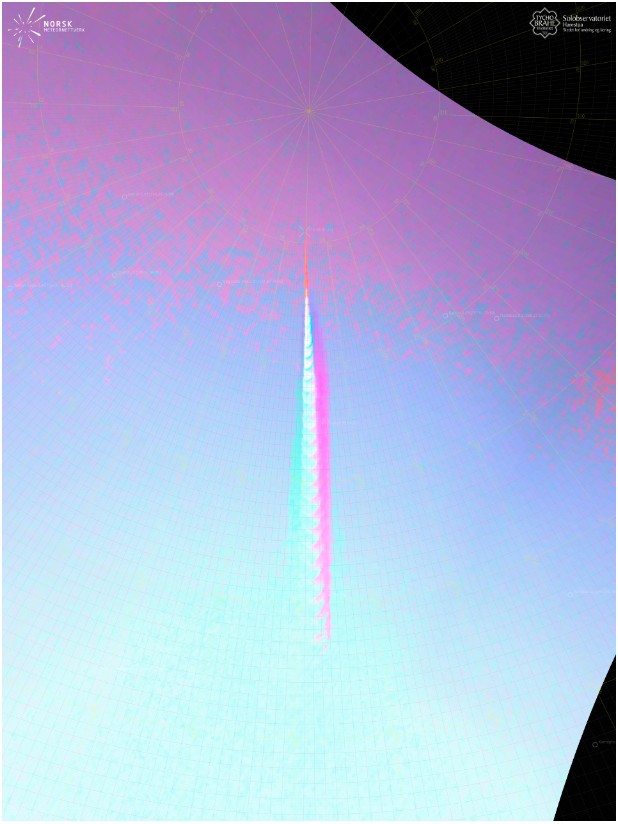