Photographer Matthew Steinberg captured the majestic view, which he was able to finally witness after an entire day of snow, sleet, and heavy winds. The clouds parted eventually, displaying the spectacular auroras over the mountains of Reine.

Blue lights, as well as pale green and purple, electrified the skies for about two hours, Steinberg said.

Blue auroras are rare– these vibrant lights are commonly green and red. "Those are the colors produced by oxygen when it is excited by electrons raining down from space," said Dr. Tony Phillips of the SpaceWeather.com.

In contrast, blue northern lights indicate the presence of nitrogen and develop at high altitudes.

"Usually the blue is faint, but on February 18, it was strangely intense," Phillips wrote. 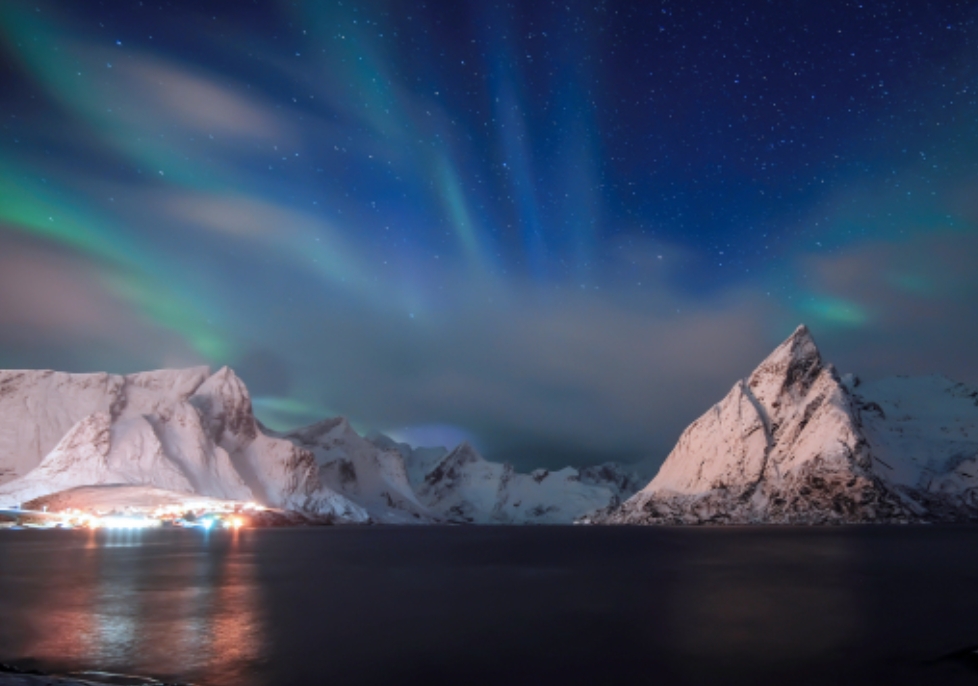 Later on that night, the auroras turned green and appeared even more strange as the rays appeared to be a rippling arch.

Another photographer named Markus Varik, a longtime aurora tour guide was left in shock witnessing the surreal scenery. "I couldn't believe my eyes," he said in disbelief, adding he thought he had previously seen it all.

"This strange rippling band formation unfolded overhead. It was so different than the usual aurora arcs," he said, emphasizing how truly magical the event was and also hoping to see "more strange shapes".