Earth is under the influence of a negative polarity coronal hole high speed stream, sparking G1 – Minor geomagnetic storm and auroras as low as Michigan and Wisconsin, U.S. 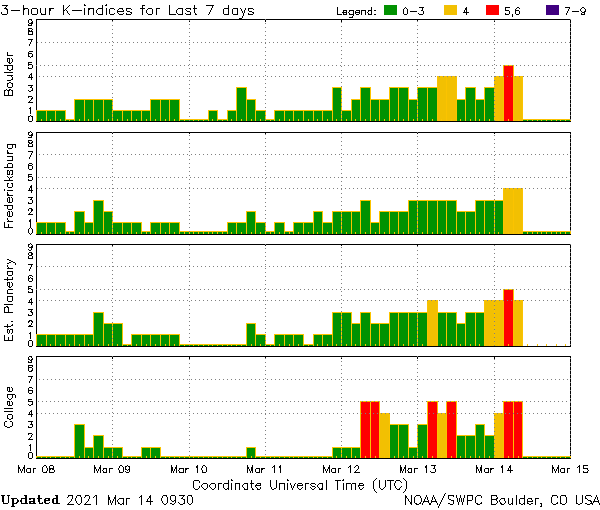 Quiet to unsettled conditions, with isolated active periods, are expected through the rest of the UTC day as CH HSS effects continue.

A return to mostly quiet levels is anticipated March 15 and 16. 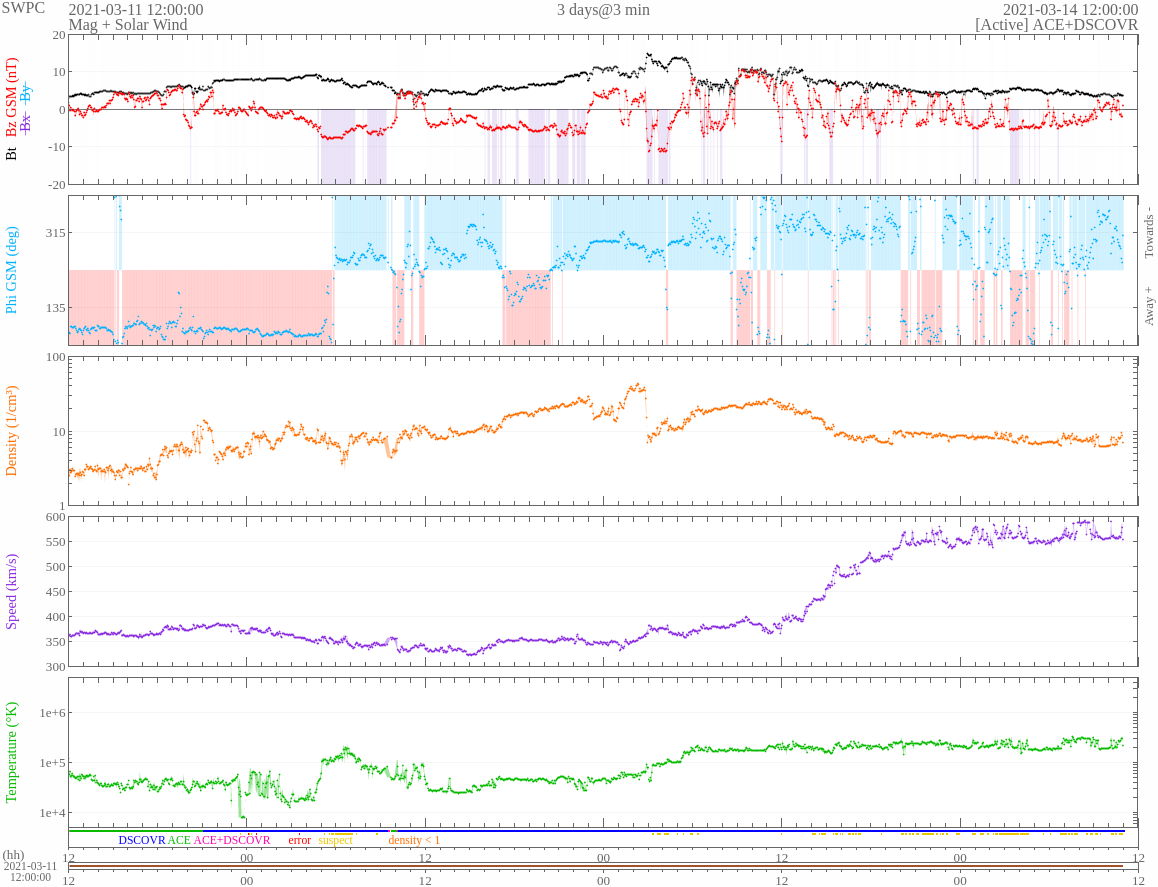 As a result of enhanced conditions, auroras spilled across the Canadian border into the United States.

"The auroras appeared shortly after 8PM, and I watched them intensify and spike for about 45 minutes," Thomas Spence of Tofte, Minnesota said. "The Superior National Forest near Tofte was a great place to watch the show."

"Auroras appearing in the 'lower 48' are a sign that Solar Cycle 25 is intensifying," Dr. Tony Phillips of the SpaceWeather.com said. "Today, it's Minnesota and Michigan; in a few years, perhaps, California and Texas."

In addition, red auroras were recorded on March 10 in the Finish Lapland.

"What's so tricky about red? The action, if you can call it that, takes place more than 150 km [93 miles] above Earth's surface," Phillips explains.

"At that high altitude, oxygen atoms excited by solar wind slowly spit out red photons. Emphasis on slowly. The radiative lifetime of the transition is 110 seconds–an eternity at the quantum scale. The atoms must remain undisturbed that long to produce their red light. Perhaps that's why red auroras often appear when conditions are quiet."