Mexico’s Popocatepetl volcano has spewed a burst of ash 3 miles (5 kilometers) into the air after breaking through a dome of lava. 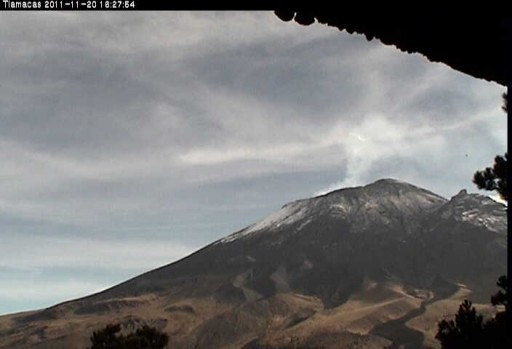 The Popocatepetl volcano erupted with a plume of ash after shaking for several minutes early on Friday. The volcano's activity has been reported as stable and there is no threat to populated areas. However, authorities have urged people to stay at least seven miles from the area and to await further information from Mexico's national disaster prevention agency.

Mexico’s National Disaster Prevention Center says Sunday’s explosion continues a series of moderate eruptions from the 17,886-foot (5,450-meter) volcano 40 miles (65 kilometers) southeast of the Mexican capital. Mexico City Civil Protection Director Elias Moreno told Foro Television that there were no reports of danger or of ash falling on nearby communities.

The volcano has been erupting intermittently since December 1994.