According to the Washington VAAC, ash cloud is moving to the west and northwest of the summit.

At 16:00 UTC, CENAPRED reported that during the past 24 hours, seismic records of the surveillance system at Popocatépetl volcano registered 284 low-intensity exhalations with steam, gas and ash emission. It was not possible to observe the volcano continuously due to cloudy conditions.

The agency noted they have also recorded 99 minutes of low-amplitude harmonic tremor.

CENAPRED emphasizes that people should not go near the volcano, especially near the crater, due to the hazard caused by ballistic fragments. 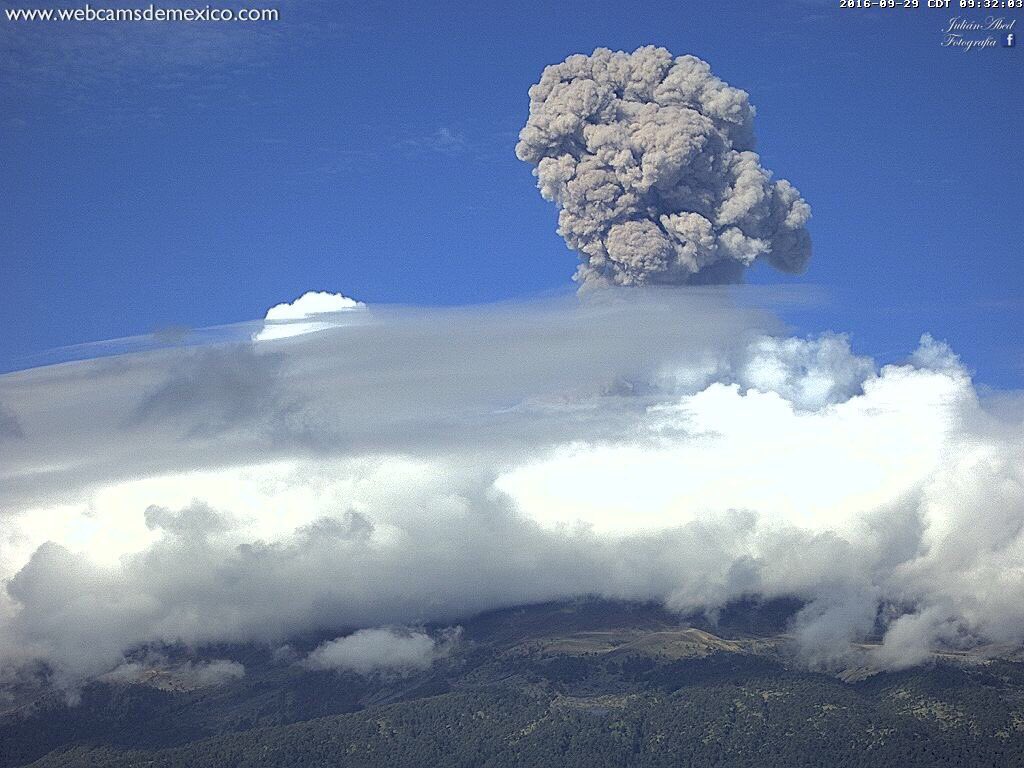 Three major plinian eruptions, the most recent of which took place about 800 CE, have occurred from Popocatépetl since the mid Holocene, accompanied by pyroclastic flows and voluminous lahars that swept basins below the volcano. Frequent historical eruptions, first recorded in Aztec codices, have occurred since precolumbian time. (GVP)ed