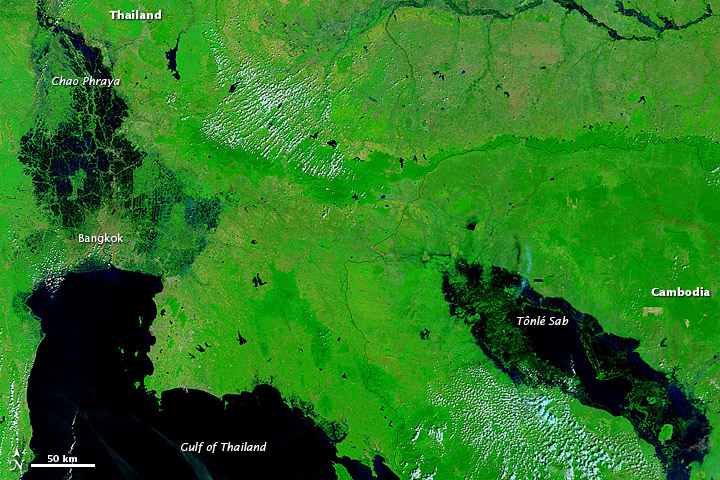 Unusually heavy monsoon rains have caused devastation across South-East Asia. Floods continued to menace Southeast Asia in mid-November 2011. More and more land stay submerged for weeks, even months.  with authorities reporting that more than 250 people have been killed in Cambodia whilst neighboring Vietnam has reported at least 100 deaths, including many children by drowning.

The death toll in Thailand, which is suffering its worst floods in half a century, has reached more than 500 with the rising waters threatening Bangkok’s 12 million residents and its Central Business District.

In Cambodia, Tônlé Sab (Tonle Sap) is significantly swollen in 2011, continuing a pattern that has lasted since August.  In Prey Veng, flooding has affected almost 79,000 hectares of rice paddies and 45,000 hectares are estimated to have been destroyed.  For many families, this is the equivalent of losing a year’s livelihood.  Meanwhile, a massive floodwater lake appears along Thailand’s Chao Phraya River, north of Bangkok.

On November 14, CARE International reported a substantial death toll from the floods: 100 in Vietnam, 250 in Cambodia, and more than 500 in Thailand. 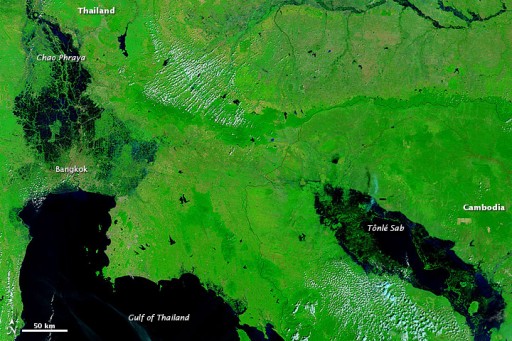 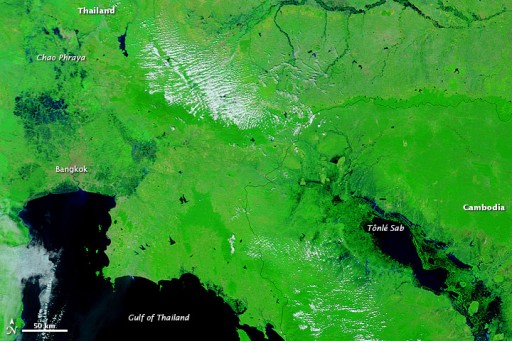 On November 17, Bangkok Post reported that efforts to protect the city from flooding were raising tensions along the city perimeter, where residents outside of the flood barriers coped with rising water. Thailand’s Disaster Prevention and Mitigation Department confirmed the deaths of 567 people, and stated that more than 5 million residents in 20 provinces were affected. (EarthObservatory)