A pair of M-Class flares took place on Tuesday morning. The first one registered M1.2 and was centered around Sunspot 1348 which is located near the northwest limb. The second event at 12:43 UTC peaked at M1.9 and was located around Sunspot 1346 in the southern hemisphere. 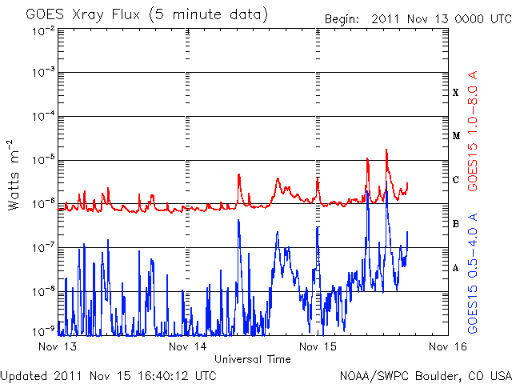 Solar activity has increased to moderate levels with a pair of M-Class flares and numerous C-Class flares on Tuesday. Sunspot 1348 also produced an M1 flare, but this region is now located towards the northwest limb and will soon rotate out of direct earth view. Another huge prominence was located off the southeast limb on Monday. (SolarHam) 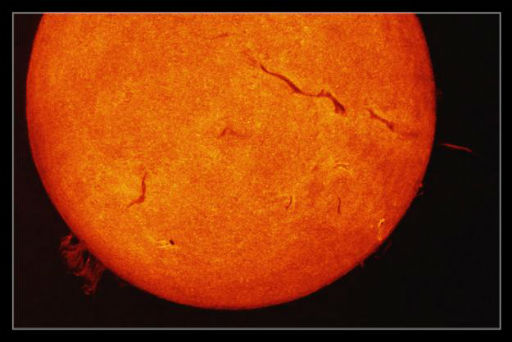 For the past few days, astronomers around the world have been monitoring a dark filament of magnetism sprawled more than 1,000,000 kilometers across the face of the sun. Make that 750,000 km. On Nov. 14th the filament snapped and flung a fraction of itself into space. 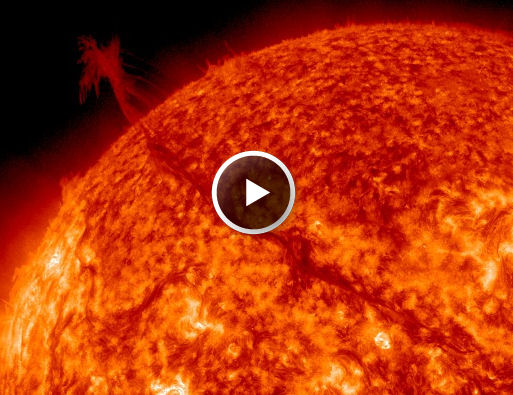 The eruption hurled a cloud of plasma into space, but not toward Earth. The only effect on our planet would be to disappoint observers hoping for a longer filament. Meanwhile, a wall of plasma towering over the sun's SE limb is seething with activity and may be poised to erupt as well. Readers with solar telescopes are encouraged to monitor developments.  (SpaceWeather)

After eight years of rest with little to no seismic activity, Indonesia's Lewotolo volcano (locally Ili Lewotolok) erupted on late Thursday, November 26, 2020, sending an ash plume up to 500 m (1 640 feet) above the summit. A continuing phase of large ash...

A mass stranding on the Chatham Islands in New Zealand has resulted in the deaths of over 120 whales-- 26 of which had to be euthanized, according to the Department of Conservation (DoC), which said it was notified of the event on Sunday, November 22, 2020. On...

Severe heatwave conditions are forecast across much of inland South Australia, New South Wales, and Victoria over the coming days, the Bureau of Meteorology (BOM) warned on Wednesday, November 25, 2020. The mercury is also expected to smash all-time spring and...

A late-evening tornado touched down in Arlington, Dallas-Forth Worth Metropolitan Area on November 24, 2020, leaving a trail of damage to buildings and vehicles. The National Weather Service (NWS) said their survey team found EF-2 damage in south Arlington. Just...

Tropical Cyclone "Gati" made historic landfall in Somalia on November 22, 2020, with maximum sustained winds of 170 km/h (105 mph) - category 2 hurricane equivalent on the Saffir-Simpson scale - making it the strongest storm to hit Somalia since satellite...

A massive bushfire is burning across Fraser Island off Queensland's coast, scorching up to 74 km (46 miles) as of November 23, 2020-- it has covered more than half of the 122 km (76 miles) long island since it was first reported in mid-October. Firefighters have...

At least 17 fatalities after floods and landslides hit Antioquia, Colombia

At least 17 people have been killed, 12 were injured and more than 10 remain missing after several days of heavy rain caused floods and landslides in northwestern Colombia. A landslide hit the village of Cachirime in Puerto Valdivia, Antioquia in the early morning...