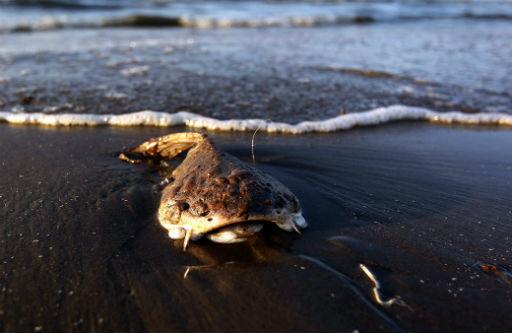 Department of State Health Services has issued a warning to the harvesting and consumption of oysters, mussels, clams and whelks from Texas waters but not a warning for Texans to stay away from the toxic red tide area. Red tide toxin (in the ocean) also can become aerosolized and cause coughing and irritation of the throat and eyes. People with respiratory conditions such as asthma may experience more pronounced symptoms which usually subside when affected people leave the red tide areas. KITV reportedMonday that the red tide algae contains a toxin that can lead to shellfish poisoning in humans.

Neurotoxic shellfish poisoning (NSP) threatening human health along Texas Gulf Coast prompted Texas Department of Health to warn people to stay away from the Gulf area from Brownsville through Galveston where 4.2 million have been killed in the ongoing great Gulf die-off and to not eat the shellfish from there, a situation slightly relieved after a cold front Thursday blew toxins south according to Texas Park and Wildlife. 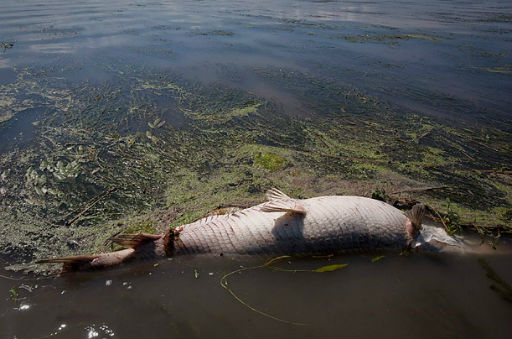 The latest mass fish die-off has been attributed to extreme heat causing extreme red tide in the area plagued not only by Big Oil’s crude and Corexit, but also by Big Ag’s oxygen-depleting algae blooms, fed by fertilizer runoff from Midwestern farm fields that produce aquatic dead zones – water that cannot support sea life. Oil is still gushing into the region, in some areas, as deadly as immediately after the spill, and Corexit is still being used to secretly carpet bomb. A large fish kill stretching for almost 7 miles along the beach.

Staff of Padre Island National Seashore continue to find coyotes that are sick or dead, possibly from ingesting fish killed by the brevetoxin. Aerosols are light to nonexistent along South Padre Island despite moderate cell concentrations, Texas Park and Wildlife reported Thursday. 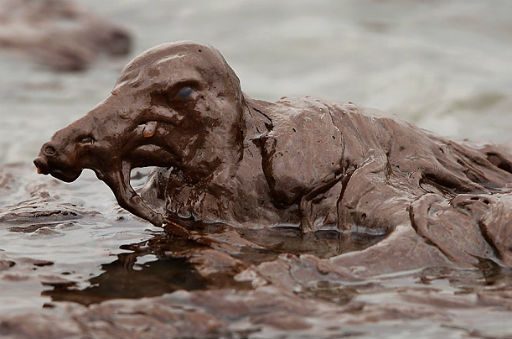 Oysters can be toxic without any indication of red tide such as discolored waters, respiratory irritation or dead fish. People are also advised not to harvest and eat whelks from Texas waters as these species also accumulate toxin from the red tide organism. PubMed Central said that neurotoxic shellfish also results in paresthesias (numbness, tingling, or a “pins and needles” feeling) of the mouth, lips and tongue plus distal paresthesias.

Victims of neurotoxic shellfish poisoning “have been frequently hospitalised with symptoms including nausea, vomiting and slurred speech.” This form of food poisoning can lead to dizziness and tingling sensations throughout a victim’s body and in rare severe cases, paralysis and difficulty breathing that can result in a fatality. (Examiner)