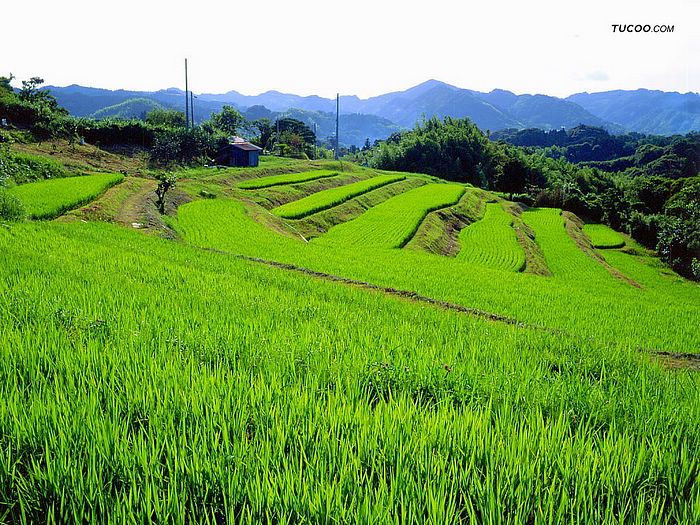 A study released on Monday in the Proceedings of the National Academy of Sciences (PNAS) modeled the spread of cesium-137, a radionuclide that can persist in soils for 30 years, across much of the country. The new map defines the highest risk areas beyond Fukushima and neighboring prefectures, which were already known from soil samples to far exceed contamination limits set by Japanese law. Nuclear fallout in farmland in eastern Japan is even worse than expected.

Until now, officials have had to rely almost exclusively on sporadic soil samples to make decisions such as banning shipments of beef that consumed radioactive hay from the area. Areas hardest hit (red in the map below) are nearest the Fukushima Daiichi Nuclear Power Plant, which experienced reactor meltdowns following the March 11, 2011, earthquake and tsunami. 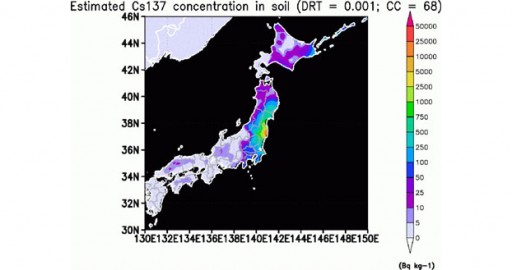 Cesium-137 is bound to dust and water particles in the air so it travels with the weather. The new model, which infused actual cesium-137 measurements from observatories across the country into meteorological data for the month following the accident, reveals that the areas of highest concern are northern and eastern Japan (green and blue, above). Mountain ranges kept air masses confined in the east until most of the radiation washed out, largely shielding western parts of the country.

Two major rainstorms in the week following the disaster accounted for most of the radionuclide deposition, according to a second study in Monday’s issue of PNAS. Rain on March 15 affected Fukushima prefecture, while a March 21 storm accounts for much of the fallout recorded in Ibaraki, Tochigi, Saitama, and Chiba prefectures and in Tokyo. The authors of the cesium-137 study warn that true fallout is likely to be much more variable than their new map reveals. (DiscoveryNews) 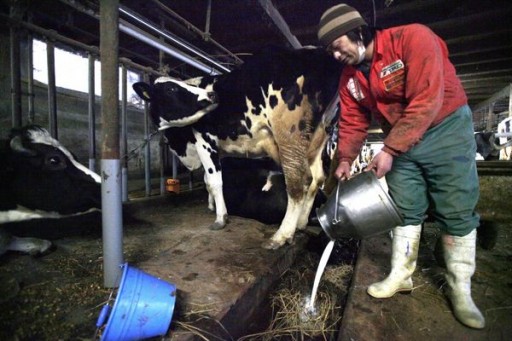 To estimate contamination levels, Teppei Yasunari, from the Universities Space Research Association in the US state of Maryland, and his colleagues, took measurements of the radioactive element caesium-137 in soil and grass from all but one of Japan’s 47 regions and combined these results with simulations based on weather patterns following the meltdown.

The team found that the area of eastern Fukushima had levels of the radioactive element that exceeded official government limits for arable land. Under Japanese Food Sanitation Law, 5,000 becquerel per kg (Bq/kg) of caesium is considered the safe limit in soil (caesium-137 makes up about half of total radioactive caesium, and therefore its safe limit is 2,500 Bq/kg). The researchers estimate that caesium-137 levels close to the nuclear plant were eight times the safety limit, while neighbouring regions were just under this limit.

The study showed that most of Japan was well below (average about 25 Bq/kg) the safety limit. Relatively low contamination levels in western Japan could be explained by mountain ranges sheltering those regions from the dispersal of radioactive material, the authors said.

Food production in the most contaminated regions, the researchers write, is likely to be “severely impaired”, and that Fukishima’s neighbouring regions, such as, Iwate, Miyagi, Yamagata, Niigata, Tochigi, Ibaraki, and Chiba are likely to also be affected. (CommonDreams)

Dr Konayashi saw an initial spike reaching over nine times the usual levels hours after the explosions at the plant; five months later levels have dropped to one and a half times those expected. He continues to monitor radiation levels and distribute his data around campus.

How has the Ukraine war impacted the EU’s food security?