On October 6, 2011, a tropical depression over the eastern Pacific Ocean strengthened into Tropical Storm Jova. On October 8, Jova became a hurricane. By 11:00 a.m. Pacific Daylight Time (PDT) on October 10, 2011, the U.S. National Hurricane Center (NHC) reported, Jova was a Category 3 hurricane. The storm was headed in the direction of Mexico. 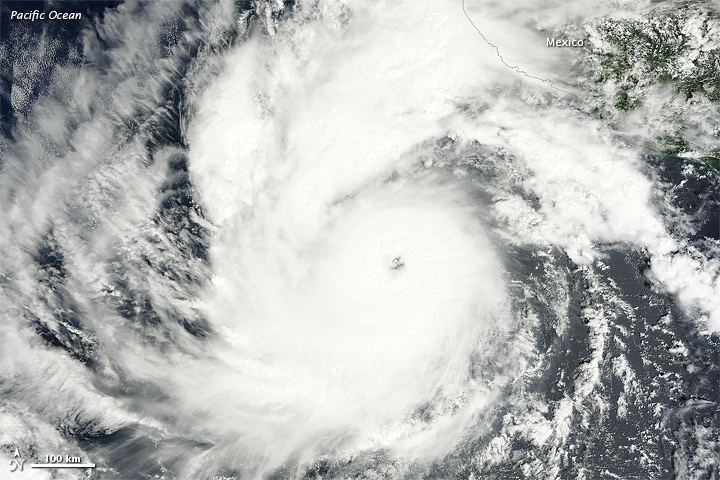 As of 11:00 a.m. PDT on October 10, Jova had maximum sustained winds of 125 miles (205 kilometers) per hour, and was located roughly 220 miles (255 kilometers) southwest of Manzanillo, Mexico, the NHC stated. A hurricane warning was in effect for Punta San Telmo north to Cabo Corrientes, and a tropical storm warning was in effect for Lazaro Cardenas north to Punta San Telmo. The NHC stated that the storm could become a Category 4 hurricane, and forecast that the center of the storm would make landfall on the coast of Mexico on the afternoon or evening of October 11, 2011. (EarthObservatory)