It produced a lot of surface water activity, but no tsunami. It follows a series of recent quakes near Vanuatu including two of 7.0 magnitude or over in the past month. Over 40 quakes this year have been recorded in the area southwest of Port Vila and this could still be an aftershock from those. Vanuatu lies on the so-called “Pacific Ring of Fire”, a zone of frequent seismic activity caused by friction between shifting tectonic plates. 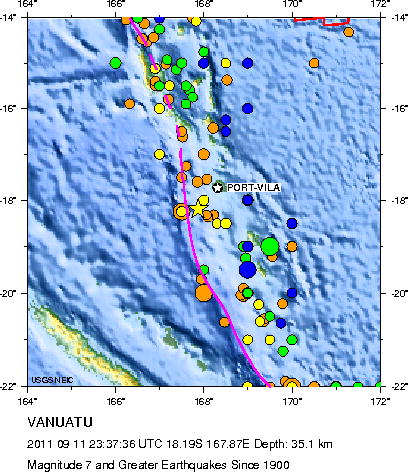