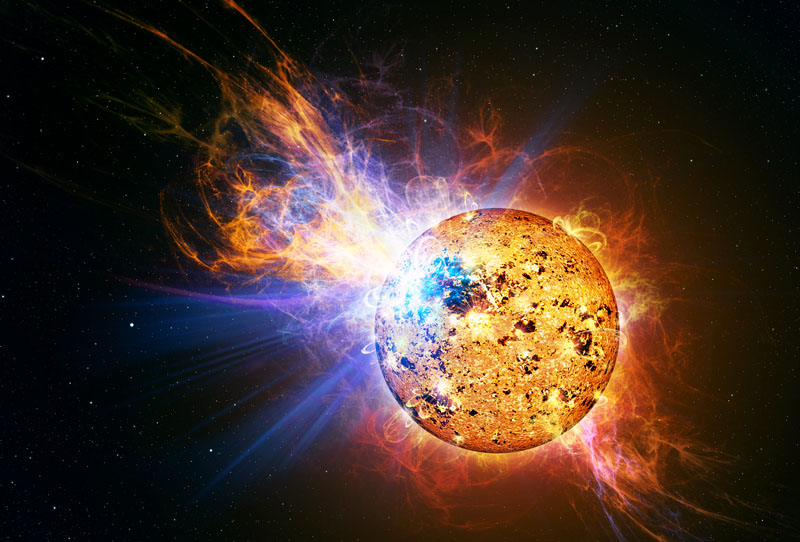 This week's sharp increase in solar activity has turned the Sun into a radio transmitter. Bursts of shortwave static are coming from the unstable magnetic canopy of sunspot 1283. Yesterday in New Mexico, amateur radio astronomer Thomas Ashcraft recorded some samples at 21 MHz: listen. Radio listeners should remain alert for this kind of solar activity.

Glancing blows from two Coronal Mass Ejections over the past 48 hours are expected to cause possibly short-lived G1 (Minor) Geomagnetic Storm activity, beginning late September 9. The CMEs were accompanied by two Radio Blackouts, the most recent – and strongest – at 22:20 UTC yesterday. NOAA Region 1283 spawned the activity and remains potent. 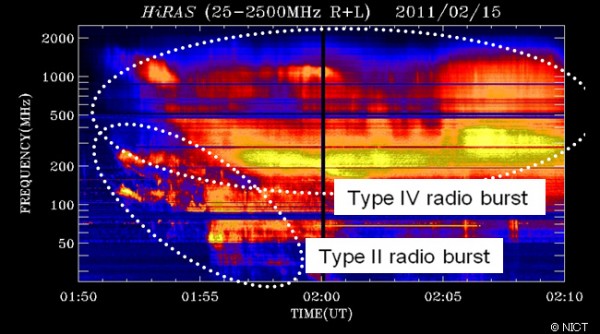 The ionosphere surrounding the Earth is closely related to our daily life, because it greatly affects propagation of radiowaves for broadcast and telecommunications, or it degrades the positioning accuracy of GPS. 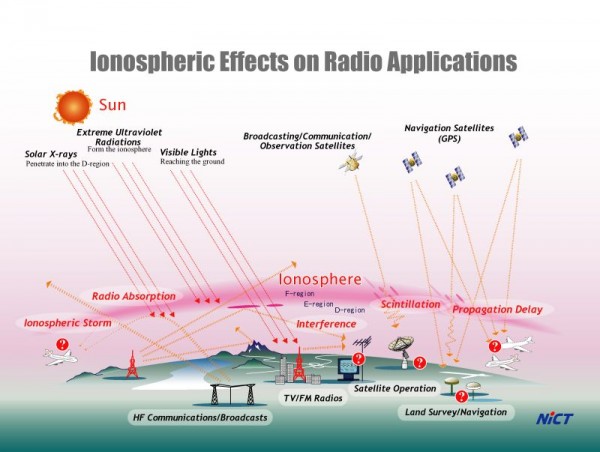 Radio waves produced during solar flare eruptions on the Sun can cripple the Global Positioning System (GPS) and other communication technologies here on Earth, scientists say.

During solar flares, high-energy electrons are injected into the Sun's upper atmosphere. Radio waves are produced during this process and some of them propagate toward Earth. The solar radio waves, which cover a broad frequency range, act like a noise that interferes with frequencies used by GPS and other navigational systems. 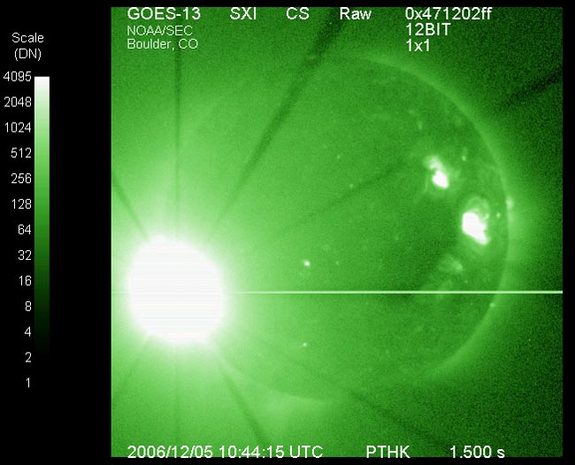 On December 6, 2006, a solar flare created the most intense solar radio burst recorded so far. Using equipment built at Cornell University, scientists made the first quantitative measurements of how solar radio bursts affect GPS receivers. That solar radio bursts occurred during the solar minimum, yet produced as much as 10 times more radio noise than the previous record. It was enough to swamp GPS receivers over the entire sunlit side of Earth.

The first detections of solar radio bursts (at much lower frequencies) were made inadvertently in 1942 by some of the earliest radars deployed during World War II. After the war, solar radio studies became a recognized field of astronomical research, and the Air Force was active in collecting data, since the bursts continued to affect radar.

Because cellular communication has greatly expanded in recent years, the researchers looked back at the last four decades (1960-1999) of NGDC data in the context of noise levels found in wireless communication systems. This data interval covered slightly more than four solar cycles, including the solar maximum in 1989-1991 which occurred before cellular communications became ubiquitous around the world.

Radio wave energy received from the Sun is measured in solar flux units (SFU), with one SFU equaling 10^-22 <1/10 followed by 22 zeros > watts per square meter of receptor area per hertz. During a burst, the energy received may be as high as 100,000 SFU, with the energy also depending upon the frequency measured. (SpaceDaily)

A strong X2.1 Class Solar Flare took place at 22:20 UTC Tuesday and was centered around Sunspot 1283. Another CME looks to have resulted and a Sun-facing Lasco C2 movie is below. A Type II and Type IV sweep frequency event occurred as well as a TenFlare (10.7cm Radio Burst). The proton levels are also at minor levels.

Partially Earth directed CME: When watching the new Lasco C2 movie which is below, the explosion caused by the X2.1 Solar Flare is a full halo CME and has the best chance of impacting earth with minor geomagnetic activity. The first CME created by the M5.3 will, for the most part, miss Earth. As with any explosion, only time will tell as to what kind of impact they will have on our planet. Many times they end up missing altogether. (SolarHam)