Yesterday, the Solar and Heliospheric Observatory witnessed a spectacular explosion on the sun that seemed to pass perilously close to Venus. 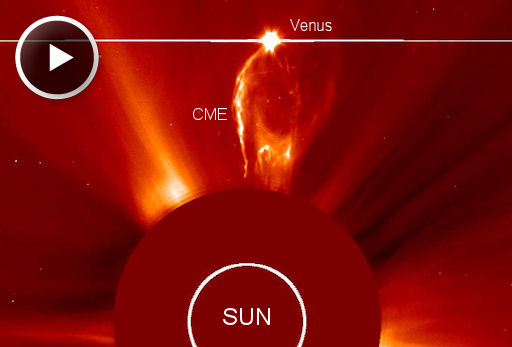 As the movie shows, the CME passed harmlessly. There was no collision, and it wasn't even close. Although Venus seems to be near the sun, the planet is actually more than 100 million kilometers away. The two bodies are "in conjunction" this week as Venus moves almost directly behind the sun. Because of this arrangement, more CME-Venus conjunctions are possible in the days ahead.

New sunspot 1272 on the sun's southeastern limb is crackling with C-class solar flares. Click here to view a specimen recorded by NASA's Solar Dynamics Observatory around 0200 UT on Aug. 17th. So far none of the blasts has been Earth-directed, although this could change in the days ahead as the active region turns to face our planet. (SpaceWeather) 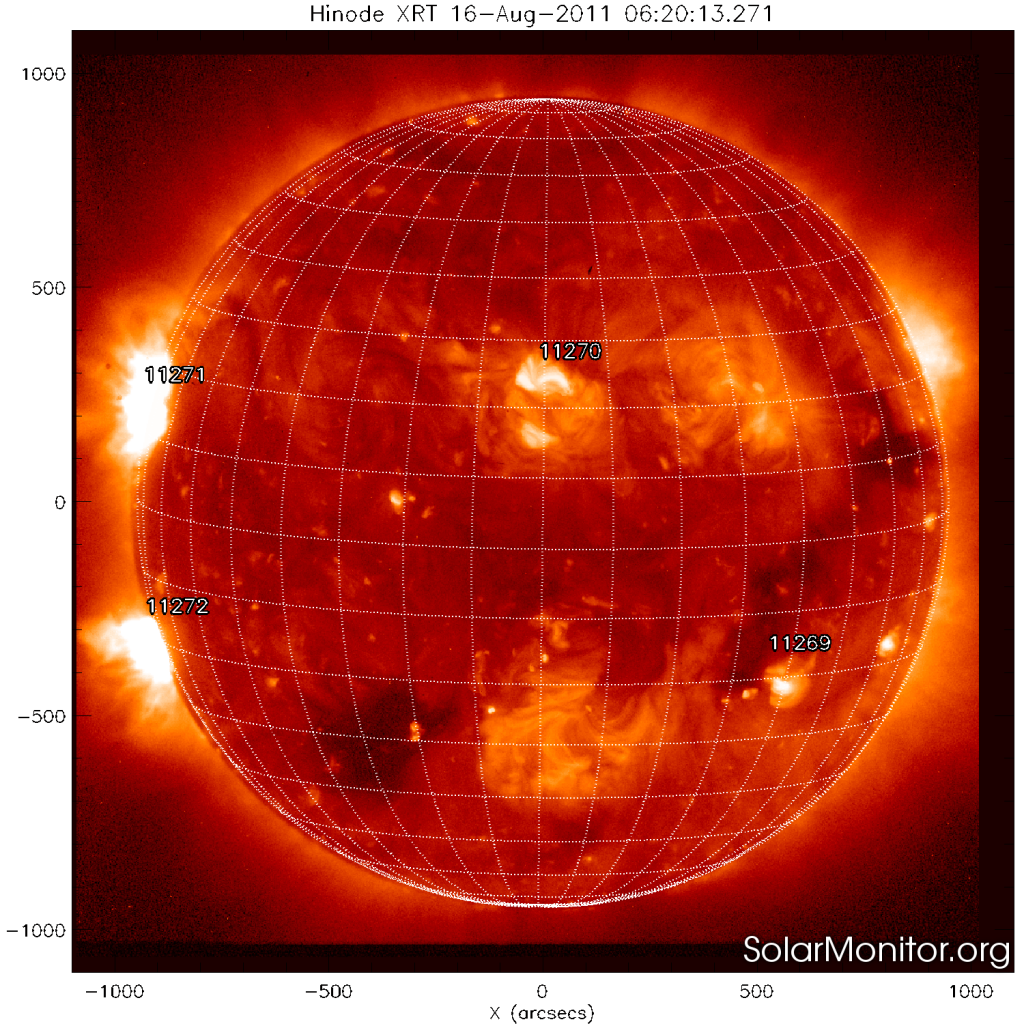 A pair of sunspots rotated into view on the eastern limb. New Sunspot 1271 in the northern hemisphere is fairly large, but does not appear to be magnetically complex. The second region located in the southern hemisphere was numbered 1272 on Tuesday. There will be a chance for C-Class flares and perhaps a lower risk of an M-Class event. During the day on Tuesday a third sunspot formed, but it looks to be a very small and simple region. (SolarHam)