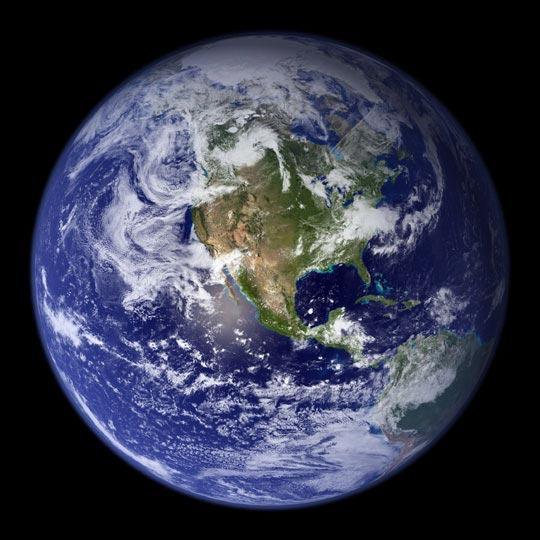 Since Darwin’s time, scientists have speculated the planet might be expanding or contracting. Even with the acceptance of plate tectonics half a century ago, which explained the large-scale motions of Earth’s outermost shell, the accusations persisted; some Earth and space scientists continued to speculate on Earth’s possible expansion or contractionon various scientific grounds.

“Our study provides an independent confirmation that the solid Earth is not getting larger at present, within current measurement uncertainties,” said Xiaoping Wu of NASA’s Jet Propulsion Laboratory.

Using a cadre of space measurement tools and a new data calculation technique, a team of NASA scientists detected no statistically significant expansion of the solid Earth. However, they did estimate the planet’s radius changes, on average, by about 0.004 inches (0.1 millimeters) per year, or about the thickness of a human hair — a rate considered statistically insignificant. The newly established parameter will provide a basic framework against which scientists can measure the movements of Earth’s crust; even though the planet isn’t growing, it is constantly changing.

Tectonic forces such as earthquakes and volcanoes push mountains higher, while erosion and landslides wear them down. In addition, large-scale climate events such as El Niño and La Niña redistribute vast water masses among Earth’s ocean, atmosphere and land. With the new baseline measure of Earth’s actual size, scientists will be able to better understand the scale of these changes.

The team applied a new data calculation technique to estimate the rate of change in the solid Earth’s average radius over time, taking into account the effects of other geophysical processes.

Expanding Earth or Growing Earth is a hypothesis asserting that the position and relative movement of continents is at least partially due to the volume of the Earth increasing. While suggested historically, since the recognition of plate tectonics in the 1970s, the scientific consensus has rejected any expansion of the Earth.

Generally, the scientific community finds no evidence to support the expansion of the Earth theory, and uses the following arguments to dismiss it:

Examinations of data from the Paleozoic and Earth’s moment of inertia suggest that there has been no significant change of earth’s radius in the last 620 million years. (Wikipedia)