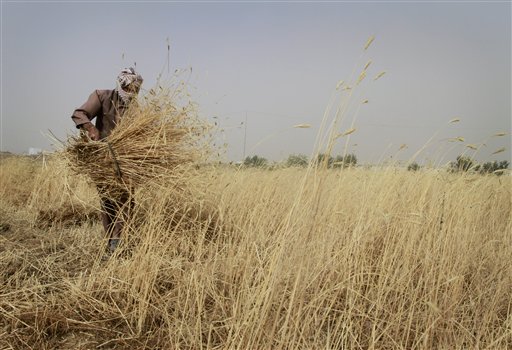 Ongoing drought in northern, northeastern and western Afghanistan is likely to push 1.5-2 million more people into food insecurity this autumn, according to the UN World Food Programme (WFP).   This is in addition to the seven million country-wide already facing food shortages.  The Ministry of Agriculture, Irrigation and Livestock (MAIL) is reporting a failure of the rain-fed wheat crop, which accounts for about 55 percent of the total domestic wheat yield.

Irrigated wheat, which tends to yield more per hectare, has also been affected by the drought. The average wheat yield (without fertilizers) on irrigated land is about 2.7 tons per hectare (3.5 tons with fertilizer), versus only 1.1 tons on rain-fed land, according to MAIL. In a normal year Afghanistan produces 4.5 million tons of wheat and around one million tons are imported. The shortfall of 1.9 million tons of wheat this year means more will either have to be imported or secured from other sources.

Satellite derived rainfall estimates indicate that most of Afghanistan had an untimely and inadequate rain and snow season this year. As a result, there will be heavy losses in rain-fed wheat crops, underperforming irrigated wheat crops, poor pasture conditions, and low income earning opportunities in northern Afghanistan and the central highlands this year, according to the US Agency for International Development’s FEWSNET. Increased need due to the drought comes as WFP is already facing a severe funding shortage for its existing programmes in Afghanistan.

“WFP had originally planned to feed more than seven million Afghans this year, but currently has the resources to reach less than four million,” WFP spokesman Assadullah Azhari told IRIN in Kabul.

According to MAIL officials, assessments are under way in drought-affected areas of the north, northeast, the west and the central highlands to determine exactly how many people will require food assistance and for how long. Much of the looming wheat shortfall will be covered by government reserves and commercial imports. But additional humanitarian assistance may be required to support an estimated 1.5 to 2 million drought victims.

The areas affected by drought are hard or impossible to reach by road during the winter. So it is critical to get food assistance in place early, before those people are cut off by snowfall. (IWO) 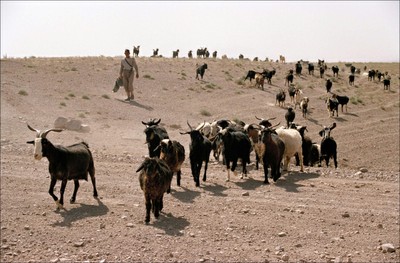 The 2007-2008 National Risk and Vulnerability Assessment (NRVA) found that 7.4 million people – nearly a third of the population – are unable to get enough food to live active, healthy lives.  Another 8.5 million people, or 37 percent, are on the borderline of food insecurity.  Around 400,000 people each year are seriously affected by natural disasters, such as droughts, floods, earthquakes or extreme weather conditions.

In 2008, Afghanistan was hit by both drought and globally high food prices, which saw the price of wheat and wheat products increase dramatically across the country. Despite prices beginning to fall in 2009, they remained higher than normal, and began to rise again in mid-2010, causing new hardship for the poorest Afghans.

Insecurity is a major and growing concern. Insurgent activity and military operations have affected food security in some regions, undermined reconstruction efforts and restricted humanitarian interventions.