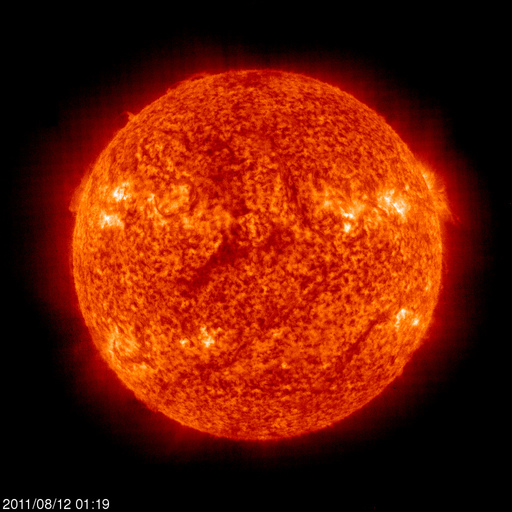 Active sunspot 1263, which just two days ago produced the most powerful solar flare of the new Solar Cycle (an X7), has left the Earthside of the sun. It is now beginning a two week transit across the solar farside. We can still see signs of its ongoing activity, however. On August 11th, an eruption from sunspot 1263 hurled a bright CME over the sun’s western limb: 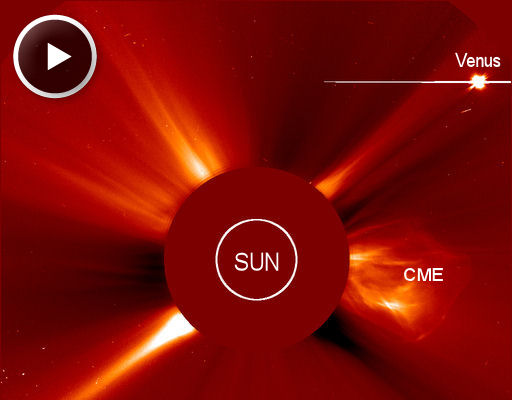 For the next two weeks (the time it takes to transit the sun’s farside) no blasts from sunspot 1063 will be Earth directed. For the next few days, however, we could see a few more parting shots. (SpaceWeather)

After all of the excitement the past couple of weeks, the visible solar disk almost appears blank with the exception of a couple of small new sunspots that have formed (1269+1270). Sunspot 1266 has faded away. Solar activity should be at very low levels heading into the weekend. (SolarHam) 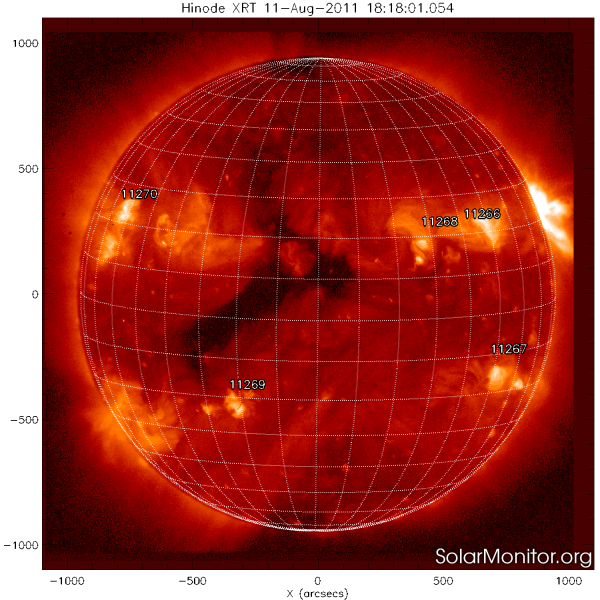 The geomagnetic field was quiet. Solar wind speed at the ACE spacecraft continued to decline and ended the period near 400 km/s.The Phi angle briefly switched to negative between 11/10Z and 11/12Z. The Bz component of the interplanetary magnetic field remained around zero. A shock was observed in the STEREO-A bacon
data at roughly 11/0600Z. This is most likely the arrival of the 09 August CME from Region 1263. The greater than 2 MeV electron flux at geosynchronous orbit was at high levels throughout the period.

The geomagnetic field is expected to be predominantly quiet for the next three days (12-14 August).