Behemoth sunspot 1263 has almost doubled in size this weekend. A 28-hour movie from NASA's Solar Dynamics Observatory shows the spot developing a tail that has added some 50,000 km of length to the active region.

This development may increase the likelihood of a strong flare.

Only C-Class activity took place during Sunday. Big sunspot 1263 has a Beta-Gamma-Delta configuration and may produce an M-Class flare. Sunspot 1266 in the north and 1267 in the south quietly persist.

Sunspot 1261 which was the cause of atleast 6 M-Class flares and multiple incoming CME shocks, has rotated onto the western limb and is now out of direct Earth view. 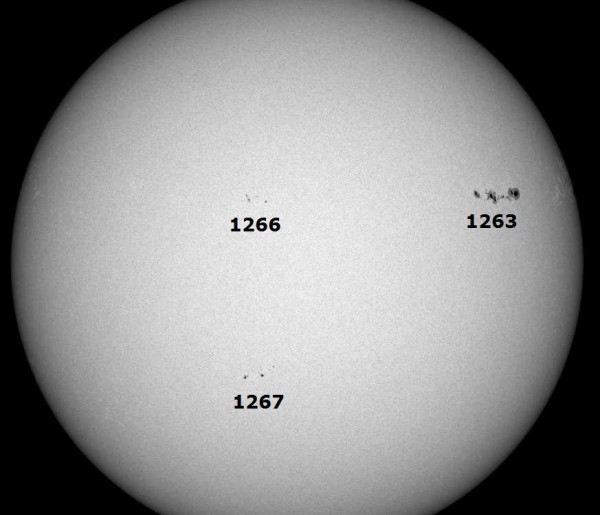 Region 1263 exhibited motion and growth within its central and trailing spots; merging of trailing spots with the central spots produced an additional delta configuration in the group. 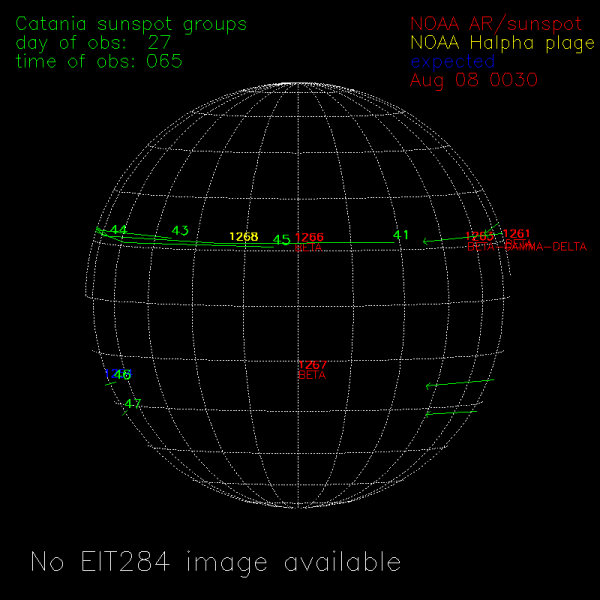 Solar activity is expected to be at moderate levels.

M-flares are likely and there is a slight chance for an X-flare and/or proton event with Region 1263 as the most likely source.

The geomagnetic field is expected to be quiet to unsettled on August 8 as the effects of the high speed stream weaken. Mostly quiet conditions are expected on August 9 and 10. 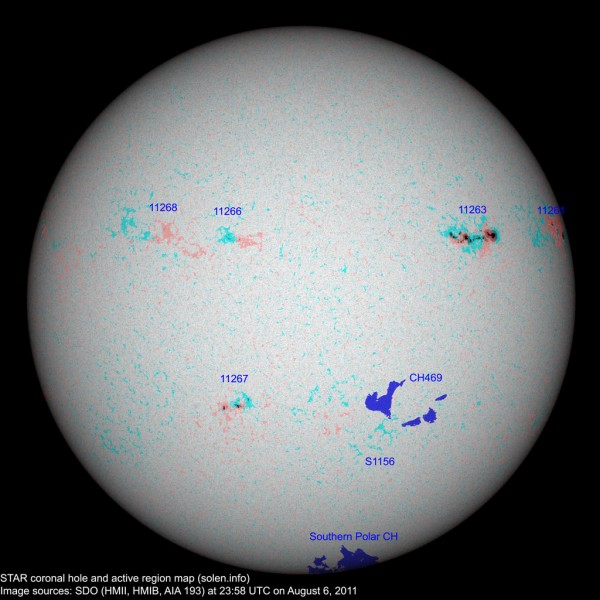