Five volcanoes on the Kamchatka Peninsula are either erupting or showing signs of impending eruption. In this image a thick plume of ash streams from a lava dome on Shiveluch Volcano.

Remarks: Strong ash storm (very strong wind) is observing at the volcano Sheveluch. No explosions. Ash plume is extending about 90 km to the south-east from the volcano. 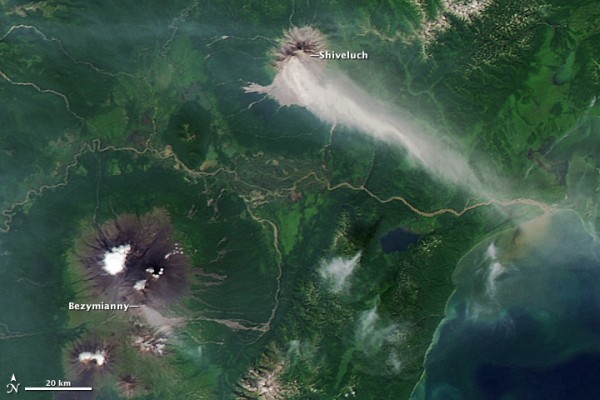 The explosive-extrusive eruption of the volcano continues. Ash explosions up to 32,800 ft (10 km) ASL could occur at any time. Ongoing activity could affect international and low-flying aircraft.

The eruption of the volcano Kizimen continues. Strong ash explosions up to 32,800 ft (10 km) ASL could occur at any time. Ongoing activity could affect international and low-flying aircraft.

Seismic activity was above background levels all week. Weak volcanic tremor continues to registering all week. According to video data, moderate fumarole activity was observing all week; sometimes a gas-steam plume rose up to 14,760 ft (4.5 km) ASL. The lava flow continues to moving on the eastern flank of the volcano. A big bright thermal anomaly was registering over the volcano all week at satellite images. 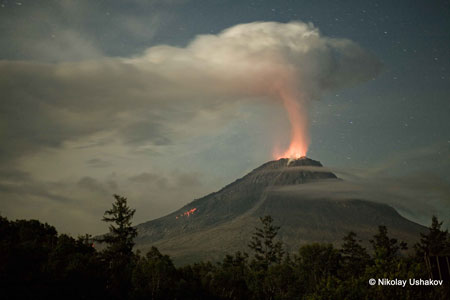 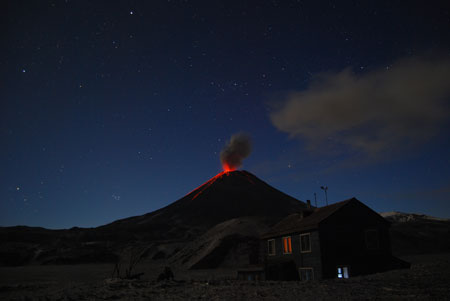