Officials declared a disaster in Dominica, after rainfall caused a dam to fail Wednesday night. It appears several inches of rain fell in a few hours during big thunderstorms. That rainfall was channeled down the mountainside into a small reservoir, overtopping the dam.

This region has received multiple rounds of heavy showers and thunderstorms so far this summer. Flooding could affect the local economy because one third of laborers on the island work in agriculture.

The disaster occurred in a rural area, but it is not known how many homes and lives were affected. Nearby rain observation site Mellville Hall got about 1.50 inches of rain in 24 hours. (AccuWeather) 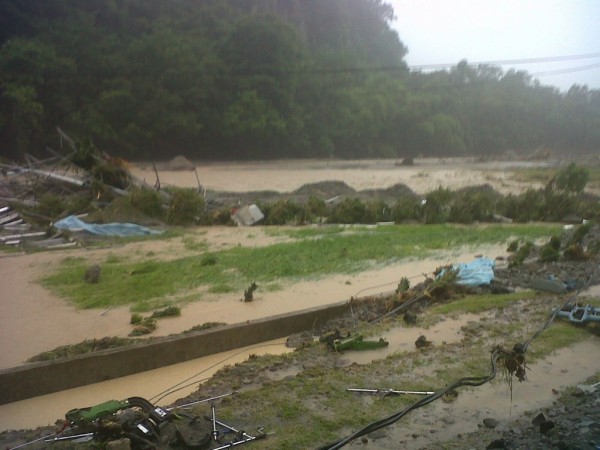 Disaster officials on the island are describing the collapse of the Matthieu Dam as an “ecological disaster.” The dam collapsed around midnight unleashing a torrent of flood waters down the Layou River area. The Layou River Bridge has been partially washed away in the process. The area has been declared a disaster area.

Meantime Parliamentary Representative for Layou Kelver Darroux said one gentleman has been rescued and taken to the country’s main hospital for further evaluation. Darroux said it is a sad day for the people of his community and government will continue to ensure that Layou and the other affected areas will be brought back to normalcy. He said evaluation on loss of property is still being evaluated. (DominicaNews)