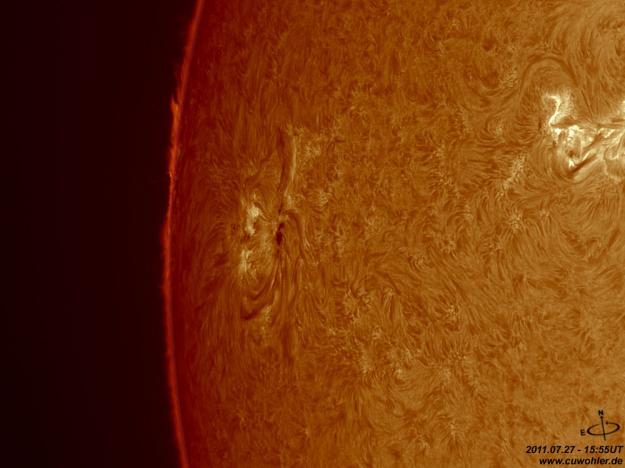 Sunspot 1260 has developed a delta-class magnetic field that harbors energy for powerful X-class solar flares. Such an eruption today would be Earth-directed as the sunspot turns to face our planet. 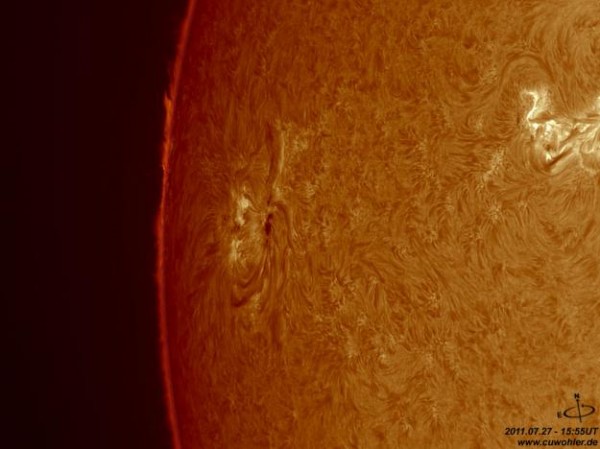 Sunspot 1260 is leading a parade of big sunspots across the solar disk–one of the finest displays of solar activity in years. Even the smallest dark cores in these sunspot groups are as wide as planets, and they are crackling with C-class flares. Readers with solar telescopes are encouraged to monitor developments. (SpaceWeather)

The visible solar disk consists primarily of three big sunspot groups numbered 1260, 1261 and 1263. Currently there is a chance for M-Class flares around both Sunspots 1260 and 1261 and a very small risk of an X-Class flare. Each of these sunspot groups are the size of several planet earths. Keep an eye on the Solar X-Ray flux for further flare activity. Sunspot 1260 is in good position for any possible earth directed Cornal Mass Ejections (CMEs).

A small sunspot numbered 1264 was numbered on Thursday and is located towards the southeast limb. This region is struggling to remain visible. Sunspot 1262 which had a brief Beta-Gamma-Delta configuration status has already faded away. (SolarHam) 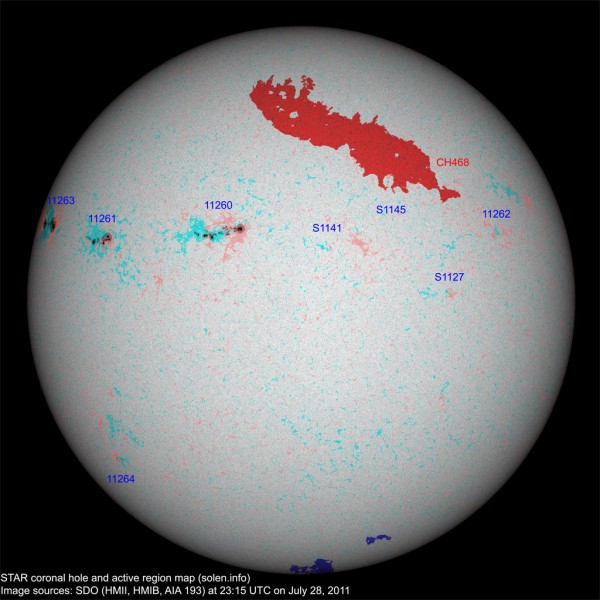 Solar activity was low. Region 1260 (N19E17) produced multiple C-flares during the period, the largest a C5 at 1212Z.
Region 1260 increased in magnetic complexity and is classified as a Eac spot group with a Beta-Gamma-Delta magnetic classification. Region 1261 (N15E49) has exhibited slight rotational motion and is classified a Dko with a Beta magnetic classification. Region 1262 (N16W49) has decayed to a simple Axx group. New Regions 1263 (N18E73) and 1264 (S31E50) were numbered today.

Solar activity is expected to continue at predominantly low levels with a chance for M-class flares from Region 1260.

The geomagnetic field is expected to be mostly quiet for the first two days (29-30 July). On day three (31 July) activity is expected to increase to unsettled levels with the chance for active periods due to effects from a coronal hole high speed stream. 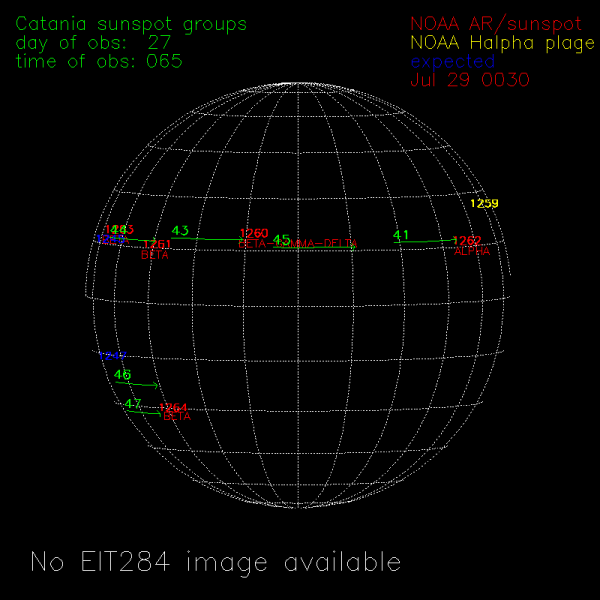